One of the nine key areas of reform under the amendments in the Multi-Modal Transportation of Goods Act, which is directed towards improving the ease of doing business, was the Direct Port Delivery (DPD) scheme. 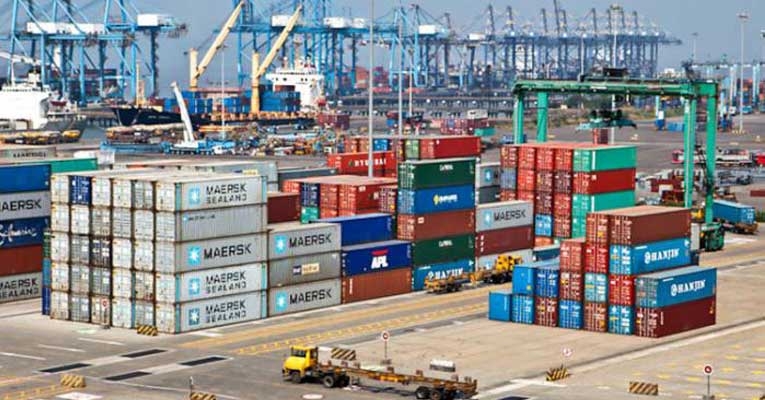 August 01, 2017: One of the nine key areas of reform under the amendments in the Multi-Modal Transportation of Goods Act, which is directed towards improving the ease of doing business, was the Direct Port Delivery (DPD) scheme. Under this, importers can directly pick-up their consignments from the port after completing the necessary formalities and this would help reduce the overall transit time significantly. The initial response, post introduction in February 2016, in terms of container volumes, was slow and there was resistance due to the changes in the process involved. However, the port authority and the GoI have made significant efforts to persuade importers to adapt the scheme, by highlighting the resulting advantages by way of shorter transit time and lower logistic cost. Resultantly, increasing number of customers have adopted the scheme and higher volumes are now being handled under DPD.

According to K Ravichandran, senior vice-president and group head, corporate ratings, ICRA, “The DPD model has helped reduce the clearance time for the bills of entry to less than 24 hours from three to five days earlier. Nhava Sheva Customs' estimates that with quicker clearance, logistics costs per container at JNPT have decreased to Rs 12,000, down from Rs 50,000 previously. The overall average dwell time in fiscal year ending March 2017 has also been reduced to 2.54 days, down from 3.06 days in the prior year. In May 2017, DPD volume indicates that 28 percent of the total cargo has started moving through this route. The government has targeted improvement of this ratio to 40 percent in FY2018. Thus, DPD can now be considered a successful scheme and could see even higher acceptance by importers going forward. While the increase in the DPD model’s acceptance is a long-term threat for the CFS business, ICRA research believes that CFSs can still be valuable if they tweak their business model to keep the interest of importers at the forefront, and allow traders to choose a CFS based on their convenience. Further, there will be services like consolidation of LCL cargo, where the CFS would continue to be useful.”

He further says, “The logistics sector will also be impacted by the implementation of Goods and Services Tax (GST) in the near term. GST would favorably benefit various facets of logistics including transportation, freight forwarding, warehousing, contract logistics, container services, and express cargo delivery, amongst others. The benefits would be driven by i) End-user industries remodeling their supply chains in order to improve their operational efficiency; ii) reduced bottlenecks along the route, leading to better asset utilization, iii) seamless availability of input tax credit and iv) widening tax base to result in shift of unorganized players into organized setup. Post GST, some of the major players in the segment would be able to generate higher incomes from value added activities such as special purpose warehousing, inventory management, etc. Overall, ICRA research believes GST to be a game changer for the port related logistics industry. However, the benefits would be realized only beyond the medium term.”

As regards to the near term outlook for the port logistics sector, Ravichandran added “Container Logistics sector is expected to display modest growth in the current fiscal as the international trade volumes are likely to remain subdued. The credit profile of the CFSs which are located near ports witnessing subdued growth and/ or having high competitive intensity would remain impacted unless these players differentiate themselves based on service quality or diversify their operations to other ports. The near term outlook for the Container Train Operators (CTOs) also remains subdued due to high competition from the road freight operators. However, notwithstanding the current slowdown in economic growth, long-term prospects for these segments remain favorable as container traffic volumes grow. Besides, port logistics industry should benefit from favorable demand environment over the long term due to ongoing projects such as dedicated freight corridor (DFC) and Delhi-Mumbai industrial Corridor (DMIC), as well as opening up of new businesses segments like 3PL and cold chains.”