October 1, 2019: Aviation watchdog Directorate General of Civil Aviation (DGCA) will inspect 23 Boeing 737 planes, including four freighters, operated by SpiceJet to check for any cracks in their body frames, as per news agency reports. 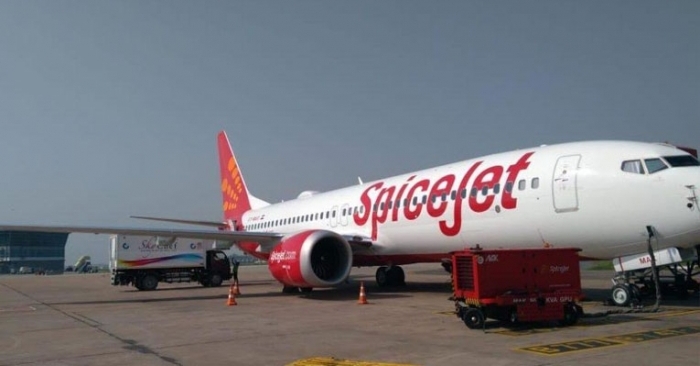 October 1, 2019: Aviation watchdog Directorate General of Civil Aviation (DGCA) will inspect 23 Boeing 737 planes, including four freighters, operated by SpiceJet to check for any cracks in their body frames, as per news agency reports.

Last week, the US regulator Federal Aviation Administration (FAA) said inspections would be required for certain Boeing 737 NG (Next Generation) aircraft after cracks were found in some of them.

One flight cycle refers to time period from the takeoff of an aircraft and its first landing.

As many as 19 passenger aircraft and four freighter planes of SpiceJet have completed more than 26,000 flight cycles and those would be subject to inspection. Each inspection is expected to take around one-hour, the official said.

In its fleet, SpiceJet has more than 75 Boeing 737 planes.

The official also said the planes operated by Vistara and Air India Express will not be affected as their flight cycles are less than 17,000.

Vistara and Air India Express have 9 and 25 737 NG planes in their fleets, respectively.

According to the official, globally, Boeing has been made aware that cracking has been found on three 737-800 planes that have more than 36,000 flight cycles at wing to body frame fitting.

In a statement, a SpiceJet spokesperson said, Boeing has advised B737 NG operators world over to carry out certain precautionary checks and inspections.

"The checks need to be conducted on a limited number of B737s operated by SpiceJet. SpiceJet is complying with the advisory This would not require the grounding of the aircraft nor impact the day-to-day operations," the spokesperson said.

Boeing 737 MAX planes have already been grounded by the DGCA and other civil aviation authorities worldwide. The decision followed crashes involving the planes of Lion Air and Ethiopian Airlines in October 2018 and March 2019, respectively.