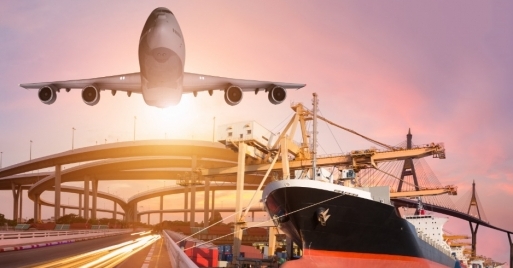 October 22, 2021: Can you compare the values of a plane and a ship? Well, you clearly can and VesselsValue (VV), an online valuation and market intelligence provider for the aviation and maritime industries, has launched its service to value aircraft like ships.

“Similar to what we did in shipping ten years ago, we are the first to bring a daily updated, truly automated valuation model (AVM) to the aviation market,” Richard Rivlin, founder and CEO, VesselsValue said.

Numerous parallels exist between planes and ships, according to VesselsValue. "Vessels and aircraft are both high value, depreciating, globally movable and volatile assets. Most vessels and aircraft have values between $10-200 million, a lifespan of circa 25 years, and experience cyclical markets."

The similarities between the asset types allow learnings from the maritime space to be implemented into the aviation market and vice versa, resulting in better valuations and market intelligence for both sectors, the valuation provider said.

While the maritime market is clearly opaque, most aircraft transactions do not even get reported. "Transactions that are reported either have no price or unusable prices for valuation purposes as they’re reflective of other conditions such as lease or finance with varying and unreported terms," VesselsValue said.

“This data clearly confirms what most of us know - after many boom years for the aviation sector, it is now suffering. Contrastingly, after a mostly bear market in shipping since 2008, most of the shipping markets are now booming,” Darren Biddlecombe, senior aviation analyst, VesselsValue said.

Biddlecombe added that banks, lenders, financiers and leasing companies have exposure to both vessels and aviation. "The study enforces our ability to combine asset types into portfolios by removing the optimism and pessimism and providing a truly objective, daily value based on real market knowledge held by experts and within the data."

“The data shared has deliberately not been shown on a company basis although VesselsValue data is asset specific and can be viewed on a multitude of levels of aggregation as well as singularly on the asset,” Biddlecome said.

The current supply chain crisis, however, is proving to be a boon for both the sectors. For instance, the cost of a trans-Pacific full cargo charter (Boeing 777F) has gone up to $2 million, more than double its peak pre-pandemic price. And in some cases, depending on the urgency and the origin, the price has gone up to even $3 million. In pre-pandemic 2019, a full freighter on the trans-Pacific in a peak period could be secured for about $400,000 to $700,000.

“We are already seeing this cause charter prices to rise to record levels. As more aircraft are booked up, we are having to find aircraft to position in from increasingly large distances to service key routes. This is a particular problem in Asia at the moment with trans-Pacific prices hitting $2m for a charter on a Boeing 777 for the first time compared with around $750,000 at its best pre-pandemic levels. If you had asked me a few years ago whether anyone would take an option of an aircraft positioned in at that price I would have said it’ll never happen, but some shippers have simply been left with no other options,” said Dan Morgan-Evans, global cargo director at Air Charter Service (ACS), in a note published on the company’s website. ACS is an aircraft charter company that arranges passenger and cargo aircraft charters worldwide.

Spot freight rates across trade lanes are up 100-600 percent depending on the congestion in ports and related worries. The Shanghai-Rotterdam spot freight rate, for example, is up over 550 percent at $14,555 per 40 foot container on October 21, according to Drewry, a leading provider of research and consulting services to the maritime industry. The Shanghai-Los Angeles spot rate is up nearly 170 percent.