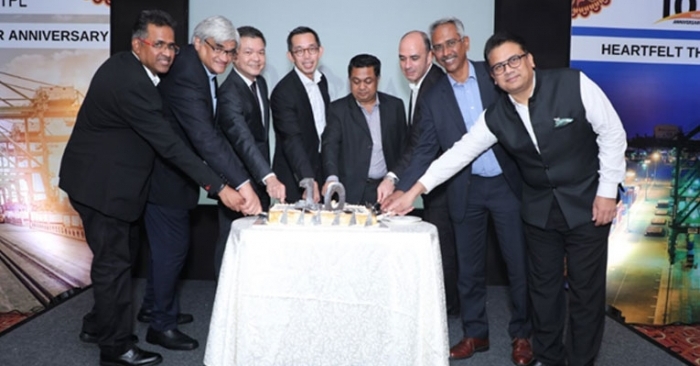 October 2, 2019: Chennai International Terminals Private Limited (PSA Chennai), which achieved its highest annual throughput of 940,240 TEUs in 2018, completes 10 years of operations this year. To mark the milestone, PSA Chennai hosted celebrations for its staff, stakeholders and the trade on September 27.

Owned and managed by PSA International, PSA Chennai started operations in September 2009 and has handled over 6.9 million Twenty-foot Equivalent Units (TEU) so far. The terminal has won the Container Handling Terminal of the Year award four times in 2013, 2017, 2018 and 2019 and also holds the productivity record for the South and East Coast of India of 171 moves per vessel hour.

Complimenting PSA Chennai on its anniversary, Cyril George, deputy chairman of Chennai Port Trust emphasised the key roles of the Port Trust, Chennai Customs, trade associations and terminal operators in transforming Chennai’s capabilities as a leading port in the region.

Wan Chee Foong, regional CEO, Middle East and South Asia, PSA International spoke of the future ambitions both of the terminal and PSA in India.

Madhanmohan, general manager PSA Chennai thanked the trade for their great support over the past decade.