Home > Aviation > Coronavirus: Read why turmoil in Indian aviation will intensify according to ICRA
Aviation

Coronavirus: Read why turmoil in Indian aviation will intensify according to ICRA

March 2, 2020: The credit rating agency, ICRA has maintained its negative outlook on the Indian aviation industry and predicted a maximum impact of 19.5 - 23.8 percent in view of the ongoing lockouts in parts of China following the outbreak of the coronavirus. 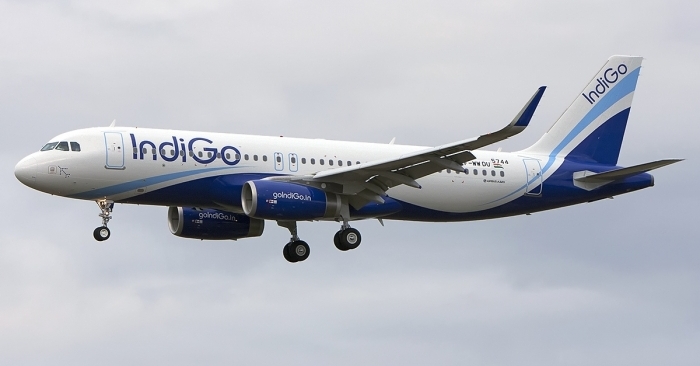 X
The medium-term impact on the Indian aviation industry would also depend on the economic shock to the global economy.
Our Correspondent2 March 2020 10:45 AM GMT

March 2, 2020: The credit rating agency, ICRA has maintained its negative outlook on the Indian aviation industry and predicted a maximum impact of 19.5 - 23.8 percent in view of the ongoing lockouts in parts of China following the outbreak of the coronavirus.

The extent of the impact of the flight/ticket cancellations on the profitability of the domestic airlines would, however, vary depending on the airlines’ presence in these routes. Besides the direct impact on travel to and from the coronavirus affected countries, the medium-term impact on the Indian aviation industry would also depend on the economic shock to the global economy.

How much Indian aviation is exposed to China?
As for the passengers on the India-China sector, they account for only ~0.9-1.3% of the total international passengers flying from/to India; thus, the suspension of flights on this sector will not result in any significant impact on the financial performance of the airlines, unless the lockout is prolonged. However, the impact is expected to be severe as passengers on the other impacted South East Asian countries (including China), which account for ~19.5-23.8% of the total international passengers flying from/to India, cancel their travel.

The outbreak of the Coronavirus in China and its spread to some of the other South-East Asian countries has impacted the air travel to and from these countries. Some airlines have already discontinued flights to China and Hongkong until June 2020. As for the other affected South East Asian countries, primarily Japan, Malaysia, Singapore and Thailand, while the World Health Organization (WHO) has not called for restrictions on travel or trade, and thus the airlines have not yet suspended flights to these destinations, the scare among the travellers has resulted in cancellation of their travel plans. This is impacting the passenger traffic growth for the airlines.

Kinjal Shah, vice president, ICRA, says “Historically, the foreign airlines have enjoyed high market share on international routes, with the domestic airlines accounting for less than 40% of the total passengers carried on international routes from/to India. Assuming the same proportion on routes to and from China and other impacted South East Asian countries, the Indian aviation industry could see a maximum impact (of 19.5-23.8%) on the international passenger traffic growth if there is a complete suspension of flights to and from these countries i.e. ~4.5-5.5 million passengers. This is negative for the Indian aviation industry, which is already reeling under significant passenger traffic slowdown, with the international traffic growth for 9M FY2020 having witnessed a decline of 8.4%.”

Can declining fuel prices compensate for loss of revenues?
Following the coronavirus outbreak in China, crude oil prices have declined materially – to ~US$ 56/ barrel from US$ 69/ barrel on January 06, 2020. The prolonged shutdown of manufacturing activities in China and the subsequent impact of the outbreak on the global economic activity could result in a slump in global oil demand and thus a further reduction in prices.

“The aviation turbine fuel (ATF) price has declined materially following the coronavirus outbreak in China. This was the sharpest decline since Q4 CY2018. ATF represents the single largest cost element for airlines, accounting for ~30-40% of their total operating expenses. As such, the profitability of airlines is significantly impacted by the ATF prices. In ICRA’s estimates, a decline in the ATF price by US$ 1 at the current level will have a positive impact of 0.5-0.7% on the profit margins of the airlines. This will thus partly compensate the airlines for the loss of revenues due to flight cancellations,” adds Shah.