Coronavirus: Lufthansa to use passenger flights as pure cargo aircraft

March 19, 2020: Along with its financial results of 2019, Lufthansa Group announced their plans to use passenger aircraft without passengers as pure cargo aircraft in order to increase cargo capacity as the Covid-19 pandemic making disruptions. 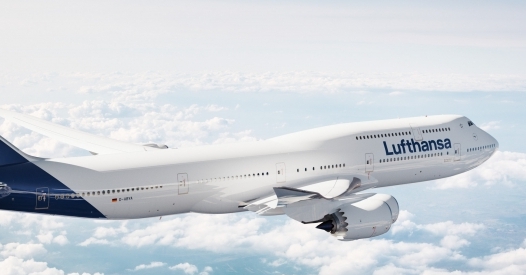 X
Lufthansa Group has achieved adjusted EBIT of 2 billion euros in 2019 in the midst of a difficult economic environment.
Our Correspondent19 March 2020 9:45 AM GMT

March 19, 2020: Along with its financial results of 2019, Lufthansa Group announced their plans to use passenger aircraft without passengers as pure cargo aircraft in order to increase cargo capacity as the Covid-19 pandemic making disruptions.

“Lufthansa Group is making every effort to ensure that supply chains in Germany and Europe do not come to a standstill. Lufthansa Cargo continues to fly its regular programme, except for cancellations to mainland China, keeping the entire freighter fleet in the air. This currently consists of seven Boeing 777Fs, six MD11Fs and four 777Fs from Aerologic,” says the release.

Lufthansa Group has achieved adjusted EBIT of 2 billion euros in 2019 in the midst of a difficult economic environment.

Carsten Spohr, chairman of the executive board, Deutsche Lufthansa AG said "The spread of the coronavirus has placed the entire global economy and our company as well in an unprecedented state of emergency. At present, no one can foresee the consequences. We have to counter this extraordinary situation with drastic and sometimes painful measures. At the same time, we must live up to the special responsibility that airlines bear in their home countries. We are doing everything we can to bring as many passengers as possible home on relief flights. In addition, we are doing our utmost to help ensure that supply chains for many thousands of businesses do not break down by mobilising additional capacity for air freight transport. The longer this crisis lasts, the more likely it is that the future of aviation cannot be guaranteed without state aid. In view of the massive impact of the Corona crisis, today's publication of our results for the past financial year is unfortunately sidelined."

"The Lufthansa Group is financially well equipped to cope with an extraordinary crisis situation such as the current one. We own 86 per cent of the Group's fleet, which is largely unencumbered and has a book value of around 10 billion euros. In addition, we have decided to propose to the Annual General Meeting that the dividend payment be suspended, and we are proposing short-time working in our home markets," said Ulrik Svensson, Chief Financial Officer of Deutsche Lufthansa AG.

The Lufthansa Executive Board also decided yesterday to waive 20 per cent of its basic remuneration in 2020.

Due to entry restrictions in many countries and a collapse in demand, the Lufthansa Group was forced to make drastic cutbacks in its flight operations. Air Dolomiti conducted its last flight for the time being yesterday, March 18. Today the last regular scheduled flight of Austrian Airlines landed in Vienna. With the exception of special flights, Austrian Airlines is suspending its flight operations until March 28. Brussels Airlines will not be offering any regular flights in the period from 21 March to April 19.

Lufthansa is discontinuing its long-haul operations in Munich and will initially only offer long-haul flights from Frankfurt. SWISS will offer only three weekly long-haul flights a week to Newark (USA) in addition to a substantially reduced short- and medium-haul schedule. Lufthansa’s short-haul program will also be substantially reduced further, and only Lufthansa CityLine services will be operated from Munich. From the hubs in Frankfurt, Munich and Zurich, only a few European metropolitan areas will be served. The relief flight schedule runs until April 19 and only provides for a total of about five percent of the originally planned program. Around 700 of the Lufthansa Group's 763 aircraft will be temporarily parked.

In order to bring as many people as possible back home quickly, Lufthansa Group airlines are also operating numerous special relief flights around the world. This is also possible due to the unparalleled support and solidarity of the crews as well as ground staff, who at a moment’s notice volunteered their assistance.

In close consultation with the governments of their home countries and on behalf of tour operators, Lufthansa Group airlines are currently offering around 140 special relief flights. More than 20,000 passengers are thus flying home with Lufthansa, Eurowings, SWISS, Austrian Airlines, Brussels Airlines and Edelweiss. The figures alone include the special flights that were firmly planned until yesterday. Numerous other special flights will follow in the next few days.