March 4, 2020: Airports Council International (ACI) reported that revenues of airports in Asia-Pacific and Middle East airport are under tremendous pressure two months into 2020 amidst the impact of the coronavirus (COVID-19) on China which contributed 60 percent of air traffic increase in 2019. 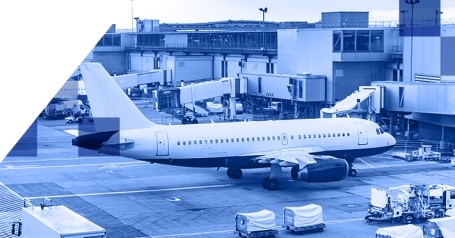 March 4, 2020: Airports Council International (ACI) reported that revenues of airports in Asia-Pacific and Middle East airport are under tremendous pressure two months into 2020 amidst the impact of the coronavirus (COVID-19) on China which contributed 60 percent of air traffic increase in 2019.

Preliminary January 2020 airport traffic results reveal divergent performance among major aviation hubs in the region with some airports generating positive growth leading up to the Lunar New Year. However, with the outbreak of COVID-19 occurring in late January, contraction is anticipated.

A severe drop in passenger traffic is expected as many countries have imposed travel bans and direct flight cancellations in response to the outbreak, substantially decreasing air connectivity. Scheduled capacity within Asia-Pacific has dropped drastically, in excess of -15%, in February. According to the China Ministry of Transportation, the Chinese civil aviation sector handled 38.4 million passengers during the 40-day Lunar New Year travel period, representing a decline of 47.5% from the same 40-day period in the previous year.

According to the latest estimates by ICAO, issued on 24 February, over 130 airlines have reduced international services or cancelled all operations from/ to mainland China since January [4]. The impact in terms of scheduled international passenger traffic from/to mainland China during the first quarter compared to originally-planned is estimated to report an overall reduction of 17.2 to 20.6 million passengers

“The impact of the travel bans and restrictions in response to the outbreak is having a drastic impact on scheduled capacity. It is concerning that China, which contributed close to 60% of the 2019 traffic increase, will no longer be able to fuel growth in this first part of 2020,” said Stefano Baronci, director general of ACI Asia-Pacific. “Airport revenue generation and growth are directly linked to traffic levels. We can, therefore, expect declines in significant proportion for airports in affected markets in the first quarter. However, the ripple effect will be felt across many airports beyond our region.”

For some hub airports in the region, non-aeronautical revenues are the principal revenue source. Unfortunately, these airports also find themselves in countries that are at the epicentre of the confirmed cases of the coronavirus.”

“Both Asia-Pacific and the Middle East have experienced significant growth over the past five years. The 2019 traffic results indicate a contraction in terms of growth and confirm the concerns related to the negative impact of the trade war boosted by short-term commercial measures that frustrated the economic and social progress of the region,” said Baronci.

Baronci said, “China as the world’s largest and highest-spending outbound tourism market is giving signals of severe difficulty in the first two months of 2020. The aviation sector will need to rethink its connectivity strategy from its heavy reliance on Chinese outbound market.”