March 9, 2020: Airports Council International (ACI) Asia-Pacific urged regulators and governments to implement relief measures for local contexts as it warns the prolonged duration of the coronavirus (COVID-19) outbreak will cause a revenue loss of $3 billion to airports in the region. 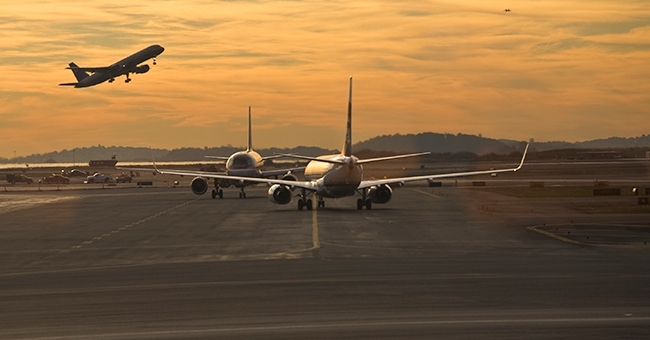 X
The ACI World Airport Traffic Forecasts 2019%u20132040 predicted $12.4 billion revenue for the first quarter in the Asia-Pacific region in the "business as usual" scenario.
Our Correspondent9 March 2020 5:20 AM GMT

March 9, 2020: Airports Council International (ACI) Asia-Pacific urged regulators and governments to implement relief measures for local contexts as it warns the prolonged duration of the coronavirus (COVID-19) outbreak will cause a revenue loss of $3 billion to airports in the region.

The ACI World Airport Traffic Forecasts 2019–2040 predicts $12.4 billion revenue for the first quarter in the Asia-Pacific region in the "business as usual" scenario.

According to ACI World estimates, Asia-Pacific is suffering the highest impact, with passenger traffic volumes down -24 percent for the first quarter of 2020, compared to forecasted traffic levels without COVID-19. Within the Asia-Pacific region, mainland China, Hong Kong SAR and the Republic of Korea remain at the centre of the effects with sizable losses in traffic volumes. Meanwhile, there is a sharp spike in the number of COVID-19 cases in several countries in the Middle East, expecting to significantly impact traffic downwards by -4.2 percent, as travellers and airlines adjust their plans and seat offers in the coming days and weeks.

“Unlike airlines, who can choose to cancel flights or relocate their aircraft to other markets to reduce operating costs, airport operators manage immovable assets that cannot be closed down. They are faced with immediate cash flow pressures with limited ability to reduce fixed costs and few resources to fund capacity expansion efforts for longer-term future growth,” said Stefano Baronci, director general of ACI Asia-Pacific. “For privately-held airports, the situation is even worse as they do not benefit from relief measure but are obliged to continue paying concession fees to governments.” 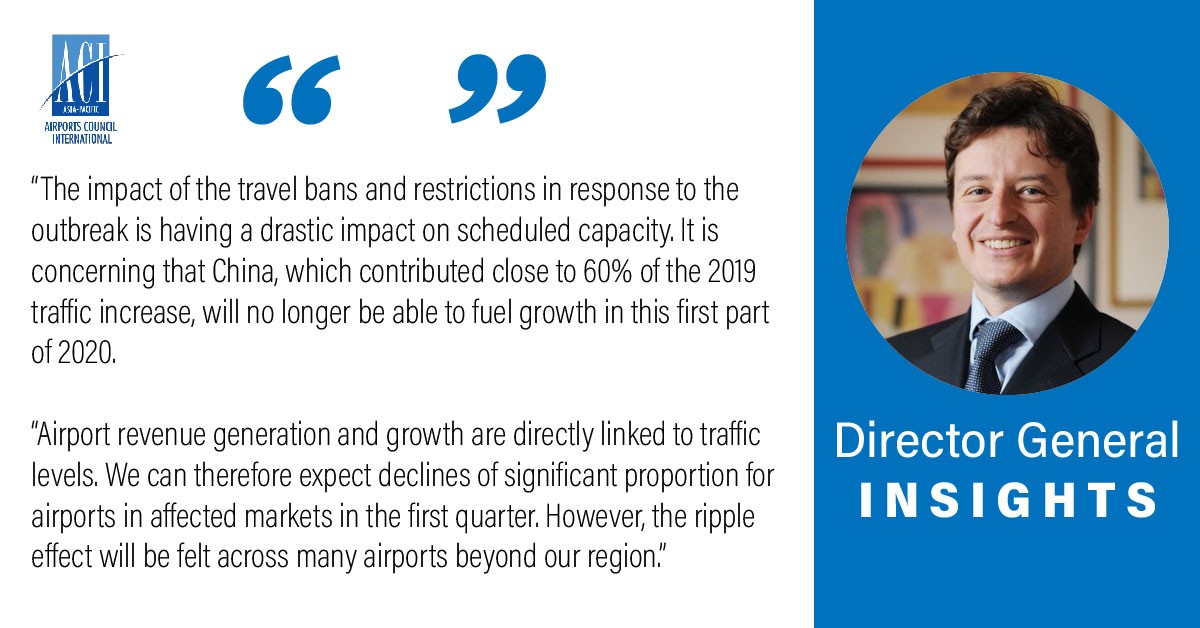 The shortfall in the number of passengers and the cancellation of flights leads to reduced revenues from airport charges such as landing and parking charges paid by airlines, and passenger service and security charges paid by passengers. While aeronautical revenues are under pressure, the cost base for airport operations remains unchanged as airports can neither close nor relocate their terminals during the outbreak. Non-aeronautical sources of revenue usually serve as diversification of airport income streams, but they also provide an additional cushion during economic downturns. To a large extent, the COVID-19 is impacting Chinese passengers, the world’s largest and highest-spending outbound travel group, creating a wider worldwide effect on airports.


“The severity of the current situation requires close cooperation between airport operators and policy stakeholders to identify options to tackle the crisis. For continued regional prosperity, as all the long-term forecasts suggest, we have to consider the overall sustainability of the sector, starting with the shortage of airport capacity. Asia already manages more than 50 percent of the super-congested airports in the world and will require to build the large majority of greenfield airports globally. Further, it is in the interest of the airports to explore at a local level with their main partners relief measures to face the current challenges and recovery plans to incentivise the return to a normalized market. The blanket application of proposals to reduce airport charges or to freeze the application of the 80/20 rule on airport slots globally should not be supported without passing an economic feasibility test and justification by objective evidence,” said Baronci.

Current slot allocation rules require airlines to use at least 80 percent of their allocated slots under normal operations at an airport in order to keep them. The proposal for a global suspension of 80/20 usage recently made by the International Air Transport Association (IATA) would give airlines the freedom to cancel flights to/from congested airports not necessarily linked to the COVID-19 outbreak, jeopardising the ability for countries to stay connected with the world, which in turn will have knock-on effects on their economies.

“We are sympathetic with the airlines’ needs to avoid flying empty airplanes simply to retain airport slots. But this should not jeopardise the connectivity of passengers and distort the competitive field. ACI Asia-Pacific favours an evidence-based market-by-market review which evaluates rates of infection, load and scheduled bookings. While we prefer local measures, in the event of a global alleviation package, airports, airlines and slot coordinators should explore the feasibility of a relaxation of the 80/20 rule to a lower threshold or a calculation of the historic rights for airlines based on a shorter period through their respective associations,” concluded Baronci.