July 19, 2019: Port of Pecém in Brazil has appointed Corné Hulst as its new operational director. 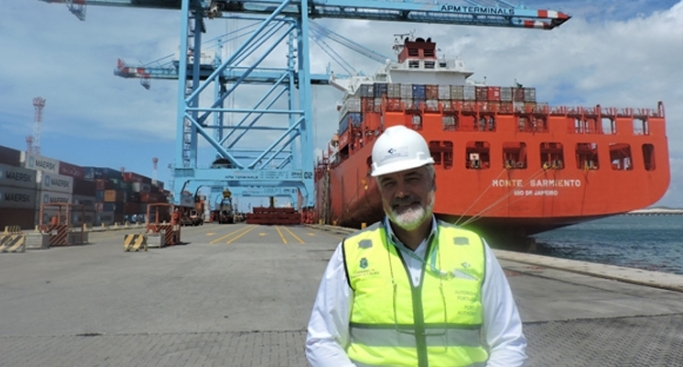 X
Huslt said his aim is to expand the port using Rotterdam’s knowledge and experience.
Our Correspondent19 July 2019 11:18 AM GMT

July 19, 2019: Port of Pecém in Brazil has appointed Corné Hulst as its new operational director.

The new operational director of the Port of Rotterdam joint venture has lived and worked abroad for over 20 years, including in Egypt, Oman, and in Mozambique for 10 years. He speaks Portuguese, which is an advantage considering few people speak English in Pecém. In Sohar, Hulst worked at trade and storage company C. Steinweg, where he collaborated closely with the Port of Rotterdam Authority to develop the Port of Sohar.

Huslt started work at the Port of Rotterdam Authority in 2019 and lived in Pecém since April. He spent the first two months understanding the culture and adapting to it. "It is my task to use the Port Authority’s knowledge and experience here in Pecém, including the traditional Rotterdam mentality," said Hulst.

"This mainly concerns operational knowledge about handling different freight, the logistics of this and managing the client’s expectations. We do this in a hands-on way: we sit at the table together with the operational team and the client to exchange information, experience and knowledge. Working together in this way enables us to address logistic challenges jointly," he added.

Huslt said his aim is to expand the port using Rotterdam’s knowledge and experience. "Some of the future plans for the coming 2 to 3 years include realising a large tank terminal for storage and transhipment of fuels, and a train connection to the port. The steel factory is also expanding production from 3 to 6 million tonnes of steel. And there is a plan to supply LNG to a new power plant," he said.