The vision of the task force is to drive decarbonisation of the industry, help the global seafaring community in its green transition and push to achieve climate goals. 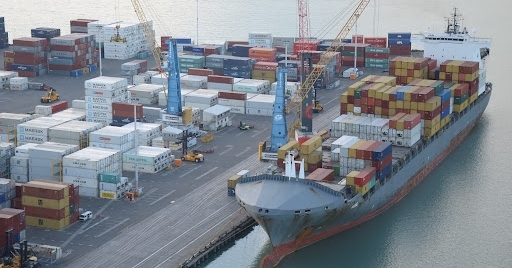 X
View of cargo being loaded at a wharf in Napier, New Zealand
Our Correspondent12 Nov 2021 9:02 AM GMT

November 12, 2021: In a welcome move aimed at bringing the maritime industry one step closer to achieving climate goals, a Just Transition Maritime Task Force has been set up at the COP26, the annual UN Climate Change Conference which took place in Glasgow, UK.

The vision of the task force is to drive decarbonisation of the industry, help the global seafaring community in its green transition and push to achieve climate goals.

It is also expected to aid in development of green skills and in providing equal work opportunities for everyone, identifying best practices across the value chain and creating policy recommendations of equable transition especially in developing nations.

“We are all about to face the single largest transition in modern times, and all of us will be affected. Many of our seafarers come from developing nations, who are witnessing first-hand the effects of climate change. We must ensure they are given the green skills they need to keep global trade moving, and that developing nations can have access to the technologies and infrastructure to be part of shipping’s green transition,” said Guy Platten, secretary general of International Chamber of Shipping.

The task force was agreed upon and created during high-level discussions at COP26, including in discussions with the shipping lead, UN climate champions team, whose founding members include the International Chamber of Shipping (ICS), representing shipowners, the International Transport Workers’ Federation (ITF), representing seafarers and port workers, and the United Nations Global Compact, the world’s largest corporate sustainability initiative. A meeting of the task force is slated to take place in December where the members will chalk out the roadmap for the Just Transition Task Force.

Among another significant announcement made on Transport Day (November 10) at COP26 for the maritime sector, 19 nations have come together under a new Clydebank Declaration in developing zero emission shipping routes ‘green shipping corridors’ between ports where emerging green technologies will be put to test. The aim is to establish six corridors which would be shorter routes in the coming years followed by the creation of long- haul routes by 2030.

The recent 26th UN Climate Change Conference of the Parties (COP26) was held from 31 October to 12 November 2021 in Glasgow. For 30 years, the UN has been bringing nations together for these global climate summits called COPs or Conference of Parties aimed at prioritising ways to mitigate and help prevent climate change by limiting global warming, with the recent two week meet concluding on Friday.