Today, logistics cost in India accounts for 13-17 percent of the Gross Domestic Product (GDP) which is nearly double (6-9 percent) the logistics cost to GDP ratio in developed countries such as the US, Hong Kong and France. Much of these escalating costs are due to the absence of efficient intermodal and multimodal transport systems. 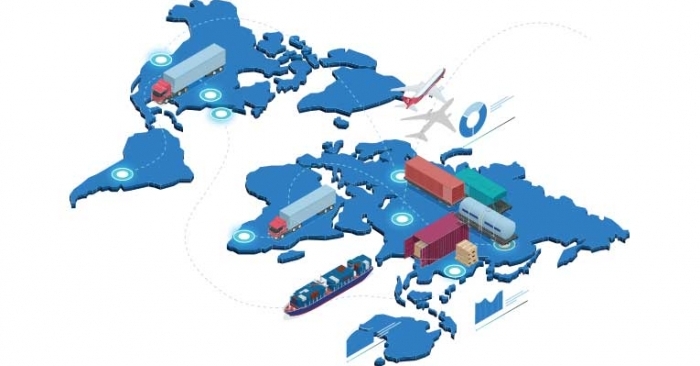 Today, logistics cost in India accounts for 13-17 percent of the Gross Domestic Product (GDP) which is nearly double (6-9 percent) the logistics cost to GDP ratio in developed countries such as the US, Hong Kong and France. Much of these escalating costs are due to the absence of efficient intermodal and multimodal transport systems. But with the government giving infrastructure status to the logistics sector, development of multimodal transport networks and initiatives to set up industrial corridors and logistics parks, a massive transformation of the country’s logistics landscape is underway.

Be it an aircraft manufacturer shipping critical aeroparts from Bengaluru to Seattle in the US, or a farm engaged in poultry and feeds transporting its fresh produce from Allepey to Mumbai, the role of logistics and transportation is of the essence. Bridging the gap between the producer and the consumer has many actors along the way comprising the entire gamut of transportation and material handling solutions, ranging from road, rail, air, port, trucks, shipping, containers, and extending to customs, warehousing, and many more elements.

India has traditionally had a tough ride when it comes to transport logistics, which is a direct result of poor connectivity between road, rail, air and port. While transport infrastructure is a critical component of industrial growth, for India to become the third largest economy by 2028, a lot needs to be achieved. According to the World Bank, logistics cost in India is rated among the highest in the world, a weak spot that the Indian government is looking to address with the Logistics Efficiency Enhancement Programme (LEEP), by which multi-modal logistics hubs will be developed throughout the country.

Within India, roads continue to be the most popular form of transportation accounting for over 60 percent of total freight movement. The country's rail network — fourth-largest in the world —carries only 32 percent of cargo. Inadequate rolling stocks, non-availability of cargo hubs and capacity constraints are a major hindrance for the rail network from achieving its full potential. 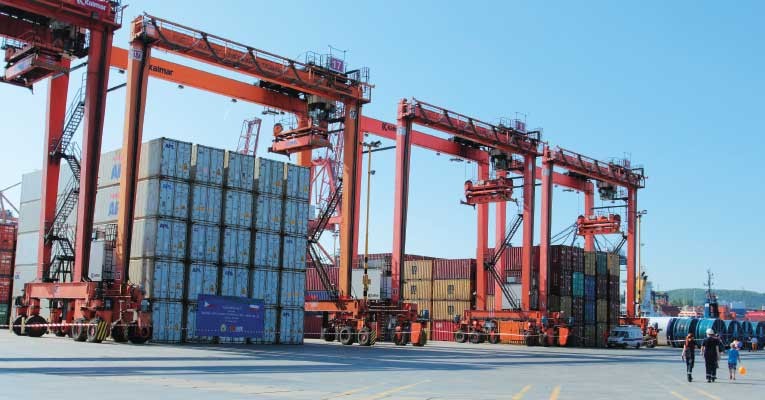 According to the draft National Logistics Policy, a key focus area to reduce the logistics costs for key commodities is to facilitate modal shift for the long haul from road to rail, coastal shipping, inland waterways etc. It is critical to identify the average lead distance beyond which this modal shift should occur for the respective commodities. “Alternate modes which are more economical will be identified and encouraged. For example, for iron ore the most economical mode of transport up to 400-500 km is slurry pipeline, beyond 400km up to 1100-1200 km is rail, and beyond 1100 km is coastal shipping. Where feasible beyond 300-400 km, inland waterways are more economical. The aim is to promote cheaper alternate modes. This will also aid in addressing the environmental concerns associated with road transportation,” the policy document read.

Multimodal logistics parks pave way for reduced transportation costs
In a bid to enhance the logistical efficiency on India’s highway network, the transport ministry is planning a network of 35 multi-modal logistics parks which will account for 50 percent of the road freight in the country, according to a ministry proposal.

Different stakeholders in the country including MoRTH, CONCOR, DMICDC, state governments, etc. are independently planning the development of MMLPs. “There is a need to ensure that these MMLPs are developed at the right locations with appropriate value added services, mechanization, technology adoption etc. for effectively driving the logistics efficiency in the country and ensuring duplication of facilities at the same location is minimized,” stated the draft National Logistics Policy. According to the report, at present, there is a gap in the availability of MMLP infrastructure for enabling seamless multimodal freight transfer, providing world class storage and handling as well as delivering value added freight services. Even where ICDs' and CFSs' have been created, there is potential to improve their utilisation and performance.

The government's decision to build pan-India logistics parks is great news for the logistics industry as the presence of multimodal logistics parks are expected to reduce transportation costs, warehousing costs, congestion and pollution to a significant extent. It will also be instrumental in facilitating synchronized, efficient and seamless freight movement in the country giving a boost to industry and employment generation. Logistics parks hold the potential to transform the Indian logistics and transportation industry and enhance the competitiveness of Indian goods by bringing down transport costs and time-to-market. Having proved their success in developed economies as well as China, it is time to establish this model in India. 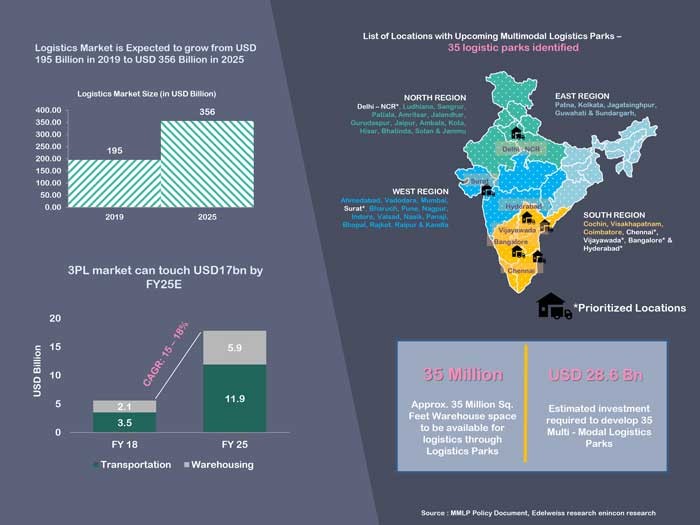 The transport ministry, in a review meeting with the 15th Finance Commission, said that a draft policy on the development of the multi-modal logistics parks envisioned to be key production and consumption centres has been prepared and shared with the department of commerce.

“Of the 35 identified locations, 24 are situated on the national corridors planned to be taken up for development in the Bharatmala Pariyojana Phase-I,” the ministry noted in its presentation, a copy of which has been accessed by HT. It added work on the detailed project reports (DPRs) for seven locations - Nagpur, Mumbai, Bengaluru, Chennai, Surat, Sangrur and Jogighopa (Guwahati) - has begun.

The government's decision to build pan-India logistics parks is great news for industry as logistics parks hold the potential to transform the Indian logistics and transportation industry and enhance the competitiveness of Indian goods by bringing down transport costs and time-to-market. Having proved their success in developed economies as well as China, it is time to establish this model in India.

As per the government's vision, logistics parks will come up at key sites in India's industrial belt, as a hub-and-spoke model that will link producers more closely with big consumption markets, by connecting rail and road networks at these vital points. For a nation that is moving fast towards progress, logistics parks will provide ease and convenience beyond what one can anticipate. 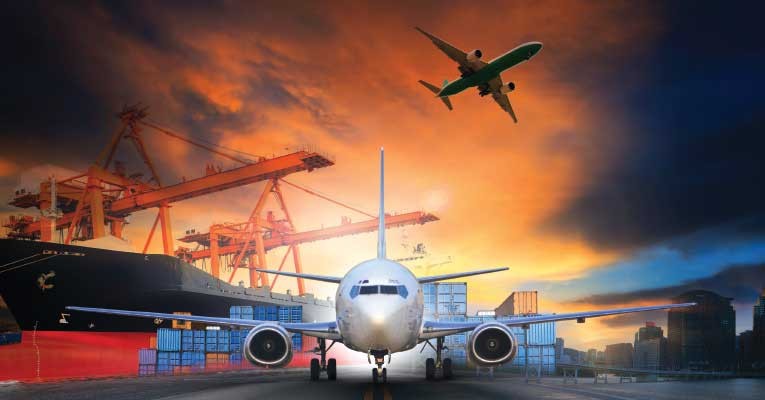 In addition, logistics parks will be able to leverage the new opportunities thrown up by the Dedicated Freight Corridor(DFC) — the electrified broad-gauge railway line that will link the industrialised hubs of West Bengal in the east via Delhi, Haryana and Punjab in the north, to Rajasthan, Gujarat and Mumbai in the west. Meant only for freight, the DFC will carry goods at a faster and more efficient manner across the country.

Logistics companies cash in on growing opportunities
Logistics companies are now focusing on developing logistics parks that are witnessing growing demand. Allcargo Logistics is investing over Rs 1,000 crore to set up four logistics parks at key locations over the next 3-5 years to capitalise on larger opportunities. Allcargo is also developing multimodal logistics park in Jhajjar, Haryana. This facility is seeing a phase-wise implementation this year and will be India’s largest logistic park, housing a rail-linked private freight terminal catering to railway cargo movement, a free trade warehousing zone, and other related activities.

It will also have the facility to handle in-bound and outbound contract logistics services. 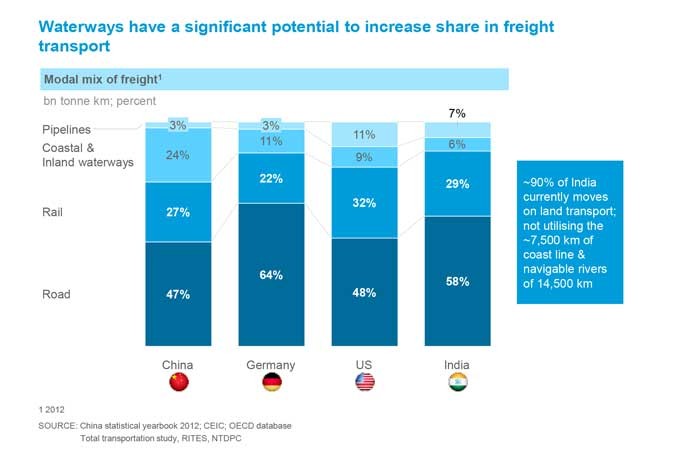 Earlier this year, IndoSpace announced its intent to invest Rs 650 crore in Gujarat to develop three logistic parks over the next three years. IndoSpace forayed into the state with start of construction work at its first logistic park in Bavla near Ahmedabad. The park will be spread over 47 acres with leasable area of 1 million sq ft. The park is located close to the industrial hubs of Sanand and Changodar and has easy access to Kandla and Mundra ports.

With the rising demand of industrial space, IndoSpace is planning to build two more logistics parks in Gujarat with a total leasable area of 1.5 million sq ft. "The Bavla industrial park not only marks our foray into Gujarat, but it also shows our clear determination to strengthen our leadership in the light industrial manufacturing space. We plan to invest Rs 650 crore in new parks across Gujarat. Upon completion, the projects are expected to generate employment for more than 10,000 people directly and indirectly," said Rajesh Jaggi, managing partner, real estate, Everstone Group.

Meanwhile, three mega logistics parks- multi-modal logistic park by Adani Group, one by Punjab Logistics Infrastructure and one by Punjab State Warehousing Corporation- are being set up near Kila Raipur village of Ludhiana. The parks would not only cater to the industrial belt of Ludhiana but also the needs of industrial hubs located close to Jalandhar, Amritsar, Bathinda, Sangrur, Patiala, Fatehgarh Sahib and Hoshiarpur. These three parks would be a one-stop solution for the logistics, transportation and warehousing needs of the region. The state government is also willing to provide land at reserve price to the industrialists for setting up industrial clusters besides the land banks that have been developed by the department.

Freight villages along inland waterways project gain momentum
The central government has laid focus on building inland waterways to increase trade and connectivity in the country. Inland Waterways Authority of India (IWAI) is looking at an increased pace in business activity and infrastructure expansion at the multi-modal terminal (MMT) in Varanasi and at Sahibganj in Jharkhand. While the first MMT began operations in Varanasi last year, in September this year, Prime Minister Narendra Modi inaugurated India’s second MMT built at Sahibganj in Jharkhand. The Prime Minister inaugurated a state-of-the-art terminal through a two-way digital communication system at an event in Ranchi, Jharkhand. The multi modal terminal took two years to complete, constructed on the river Ganga under Jal Marg Vikas Project (JMVP) at a cost of Rs 290 crores. The capacity of the terminal is 30 lakh tonnes per annum. It will grow to 54.8 lakh tonnes per annum after an investment of Rs 376 crore for capacity enhancement in Phase II under PPP mode. The development in Phase II will be entirely made by the private concessionaire.

The government has also asked IWAI to develop so-called “freight villages”, a concept borrowed from European countries. The state-run IWAI will also provide inland waterways connectivity to these logistic hubs. The first of such freight village has been built at Varanasi in Uttar Pradesh. The village provides connectivity through all three modes of transportation. Road, rail connectivity through eastern Dedicated Freight Corridor (DFC), and water connectivity through the country’s longest waterway National Waterway 1. A similar freight village is proposed on 335 acres of land in contiguity with the terminal at Sahibganj. IWAI is acquiring extra land of around 100 acres along the multimodal terminals of Varanasi and Sahibganj. Private sector would be asked to establish their units where they can manufacture, pack and export or transport their products.

This will reduce costs associated with last-mile connectivity considerably. In fact, inland waterways cargo movement has already started from NW-1 by PepsiCo, Dabur, Emami, IFFCO from Kolkata to Varanasi where a freight village is being developed to connect it to the eastern DFC. The world’s largest container company Maersk Line has also started the movement of goods on that route.

Road ahead
As the country prepares itself for better logistics with the development of transportation and logistics-related infrastructure, such as dedicated freight corridors, inland waterways, logistics parks, free-trade warehousing zones, port modernisation, and container freight stations, the increasing influx of international logistics service providers (LSPs) are prompting third party logistics and domestic LSPs to expand their footprint and focus on transportation service, warehousing and investing in logistics parks. This will also open up prospects for partnerships, and domestic companies will have exposure to the advanced technologies introduced by global players.