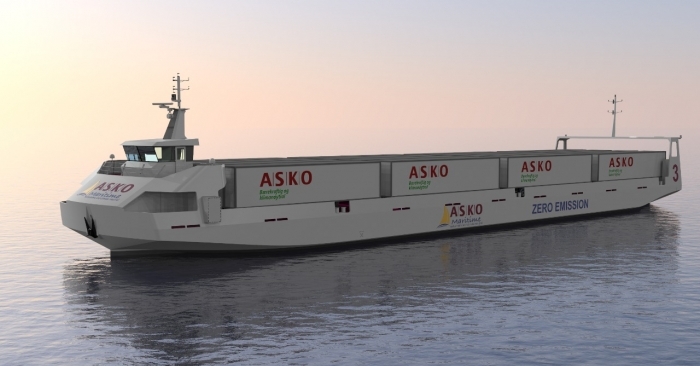 X
This project is expected to catapult CSL into the league of premier shipbuilding yards in the world capable of handling high tech vessel construction.
Our Correspondent16 July 2020 9:13 AM GMT

CSL is the largest commercial shipbuilder in India. The company clinched this export order from ASKO Maritime AS, the subsidiary group of Norges Gruppen ASA, one of the largest players in the Norwegian retail segment.

This project is expected to catapult CSL into the league of premier shipbuilding yards in the world capable of handling high tech vessel construction.

This autonomous electrical vessel project is a project in Norway partially funded by the Norwegian Government aimed at emission-free transport of goods across the Oslo fjord. These vessels will be managed by Massterly AS, the first company set up to take technical management and operate autonomous vessels, a joint venture between Kongsberg, the world leader in autonomous technology and Wilhelmsen, one of the largest Maritime shipping companies.

Once in operation, this vessel will create a new benchmark for the merchant shipping world in the field of autonomous vessels with zero carbon emission.

The 67 metre long vessels will initially be delivered as a full-electric transport ferry, powered by 1846 kWh capacity battery. After commissioning of autonomous equipment and field trials in Norway, it will operate as a fully autonomous ferry of ASKO that can transport 16 fully loaded standard EU trailers in one go across the fjords. The vessels are designed by Naval Dynamics Norway using Kongsberg Maritime systems, with detailed engineering to be carried out by CSL. They will be built under DNV GL Classification and flagged in Norway.

CSL won this export order after a detailed evaluation of various global shipyards and based on its value proposition to the customer. CSL’s proven capability & track record to deliver world quality high-end vessels to prestigious clients in Western Europe also found favour with the Client. CSL holds this contract, obtained within the current constraints posed by the pandemic, in high significance. CSL is already constructing 23 hybrid electric boats for the Kochi Water Metro.