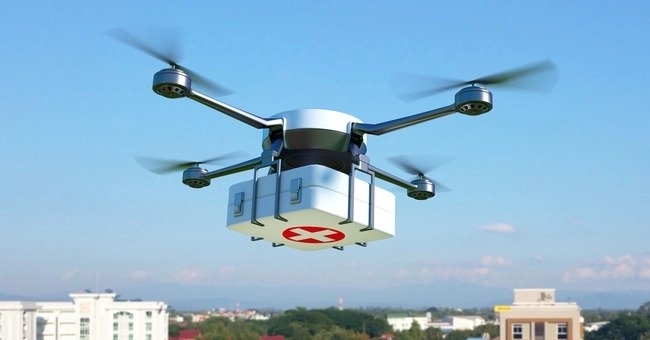 X
The draft rules released today proposes the development of drone corridors for cargo deliveries.
Our Correspondent15 July 2021 8:14 AM GMT

"Coverage of drones under Drone Rules, 2021 increased from 300 kg to 500 kg. This will cover drone taxis also," reads the release.

The statement also reads, "Issuance of Certificate of Airworthiness delegated to Quality Council of India and certification entities authorised by it. Manufacturers may generate their drone's unique identification number on the digital sky platform through the self-certification route.

The newly updated rules reduced the number of forms from 25 to 6 while the fee has been reduced to nominal levels with no linkage with the size of the drone. It has included safety features like 'No permission – no take-off' (NPNT), real-time tracking beacon, geo-fencing etc. to be notified in future with a six-month lead time for compliance.

The new draft rules introduced the Digital sky platform to be developed as a business-friendly single-window online system with promises of minimal human interface and self-generated permissions. Digital sky platform will display green, yellow, and red zones interactive airspace map. They have also reduced the Yellow zone from 45 km to 12 km from the airport perimeter.

The document produced for public consultation dismissed permission requirements up to 400 feet in green zones and up to 200 feet in the area between 8 and 12 km from the airport perimeter. It has also removed the pilot licence requirement for micro drones (for non-commercial use), nano drones and for R&D organisations. DGFT will take care of the regulations of the import of drones and drone components.

In a major fillip to the drone industry, I am happy to present the Draft Drone Rules 2021 that mark a stark shift from the earlier UAS Rules. 10 key takeaways:
✅ Several approvals abolished & processes made easier
✅ No. of forms reduced from 25 to 5
1/4