China has overtaken Japan to become the No. 1 ship owning nation with assets of over $191 billion. 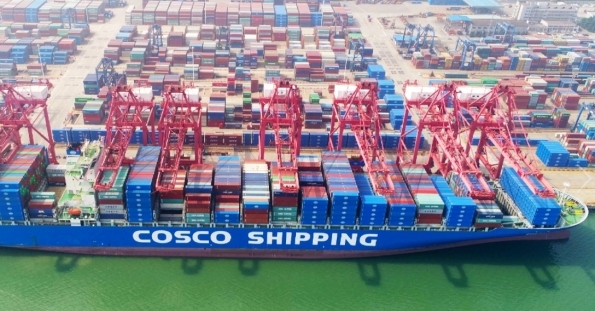 November 23, 2021: China has overtaken Japan to become the No. 1 ship owning nation with assets of over $191 billion.

“China owns the largest number of containers and, consequently, the recent surge in rates and values has moved them up the ranks to top spot in terms of fleet value,” VesselsValue, a leading online valuation and market intelligence provider for the aviation and maritime industries, said in its latest report.

“The increase in rates has also prompted an ordering spree across the container sector, as owners’ confidence in the market exploded. A total of 516 containers have been ordered since January 2021, and 46 percent of these orders were placed by Chinese companies including OOCL, SITC and COSCO Shipping.”

Japan has dropped to second place, owning a total of $187 billion in assets. "This is an increase of over $70 billion since January 2021, highlighting the booming bulker, LPG, and vehicle carrier markets. Out of the top 10 nations, Japan owns the highest value LPG fleet at $7.4 billion."

Greece has moved up to third place, and assets have zoomed to $145 billion from $93.2 billion at the beginning of the year. "Greece is the largest tanker owner, and although earnings have been lingering at record lows, we have seen increases to spot rates which have brought up values for the entire fleet."

The U.S. has fallen to fourth place since January this year with a total of $96 billion in assets. "$56 billion of this comprises cruise ships which come as no surprise as the largest cruise companies, Carnival and Royal Caribbean, are both based in the USA."

Singapore has remained at fifth place since January this year with similar gains in the bulker and container sectors as other nations."Their investments in the container sector followed the global surge, increasing their fleet value from $10 billion to $25 billion."