June 2, 2018: Minister of state of commerce & industry, CR Chaudhary asked the exporting community to further build on the exports of over US$76 billion in 2017-18, assuring them of government support. 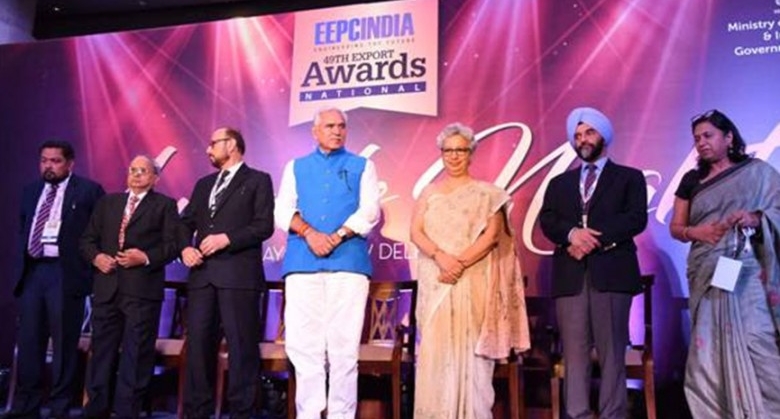 June 2, 2018: Minister of state of commerce & industry, CR Chaudhary asked the exporting community to further build on the exports of over US$76 billion in 2017-18, assuring them of government support.

Awarding EEPC India National Awards to 110 engineering exporters in New Delhi recently, Chaudhary said that it is significant that these entrepreneurs made this possible in 2016-17 when the market was tough. However, things improved in the following 2017-18 and the prospects seem equally encouraging this year.

In her address, commerce secretary Rita Teaotia said the government is working on creating an integrated logistics division within the commerce ministry to bring down the total cost of movement of shipments.

She asked the engineering exporters to work on a strategic plan to completely wipe out the trade deficit of US$ 16 billion of the engineering sector in the next few years, with a focus on newer markets.

Teaotia said while the engineering sector with record shipments of US$ 76 billion is among the best performing in the basket of merchandise exports, accounting for one-fourth of the country's total exports, but exporters must strive to become dominant players in 5-6 sub sectors.

On this occasion the EEPC India chairman, Ravi Sehgal spoke about the issues faced by exporters like GST refunds, OFAC sanctions, rising raw material prices and the potential threat of the export refund schemes becoming WTO non-compliant. The EEPC India has submitted several suggestions to the government for dealing with these problem.