May 6, 2021: Emergency relief supplies continued their flow to India on Wednesday (May 5). Several Indian and International cargo carriers joined the operations along with multinational corporations announcing aid and transport to many Indian airports. 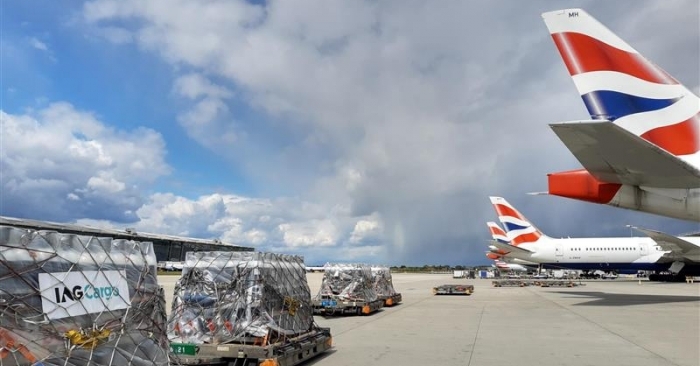 May 6, 2021: Emergency relief supplies continued their flow to India on Wednesday (May 5). Several Indian and International cargo carriers joined the operations along with multinational corporations announcing aid and transport to many Indian airports.

Recently the ministry of civil aviation (MoCA) of India instructed the Directorate General of Civil Aviation (DGCA) to prioritise the foreign ad hoc flights carrying Covid-19 pandemic relief materials to India, has lifted the restrictions and allowed such flights to operate to any Indian airport with customs and immigration facilities.

IAG Cargo, the cargo division of International Airlines Group (IAG), and its sister company British Airways operated a chartered B777-200 relief flight on Wednesday (May 5) from London Heathrow to Delhi transporting 27 tonnes of medical aid as the humanitarian crisis in the country worsens.

John Cheetham, chief commercial officer at IAG Cargo said, “We have all seen the terrible scenes in India of the deepening humanitarian crisis that has impacted the lives of many of our people and our customers. Thank you to the team at IAG Cargo, British Airways and all the charities involved in this project – without their support, this special mission providing essential relief to communities in India would not have been possible.

Meanwhile, Microsoft became a founding member of the Global Task Force on Pandemic Response, a public-private partnership to provide India with critical medical supplies, oxygen and other life-saving assistance.

“We’ve already taken two steps to help address the severe shortage of oxygen for patients in India. As part of the task force, we have joined with other companies to purchase 1,000 much-needed ventilators for hospitals in India. Second, we’re working with the U.S.-India Strategic Partnership Forum and other companies to provide 25,000 oxygen concentration devices to health care facilities in India,” reads a Microsoft release.

J M Baxi announced that it has purchased 600 oxygen cylinders for Delhi, 250 for Andhra Pradesh and 250 for Maharashtra from Singapore, totalling 7200 cubic meters of oxygen-carrying capacity. It was transported to India on Wednesday by the Indian Navy and Airforce.