Chapman Freeborn charters a 60-tonne shipment from Sharjah to Houston

August 16, 2017: Chapman Freeborn Airchartering recently escorted a time-critical delivery of 60 tonnes of pipe spooling from Sharjah to Houston for an equipment upgrade at a gas-to-liquids processing plant. 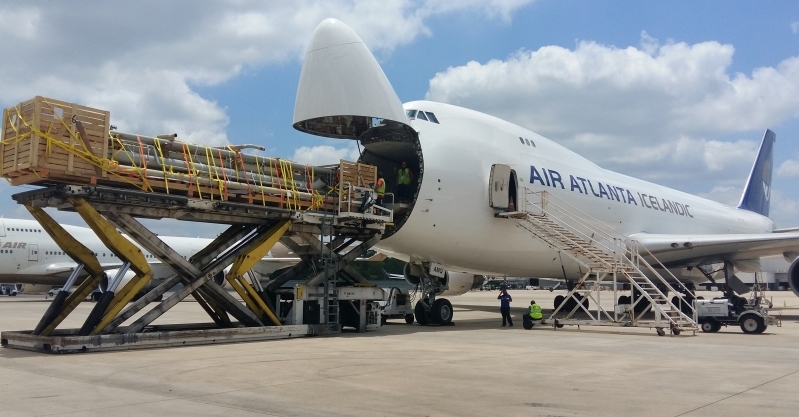 August 16, 2017: Chapman Freeborn Airchartering recently escorted a time-critical delivery of 60 tonnes of pipe spooling from Sharjah to Houston for an equipment upgrade at a gas-to-liquids processing plant.

Done on behalf of a freight forwarder, unidentified by Chapman, the air cargo charter specialist’s Dubai office coordinated the movement with the assistance of Magma Aviation, who on priority repositioned a nose-loading B747-400F aircraft to the Middle East for the operation.

Chapman Freeborn’s cargo team was able to make a detailed assessment of the load and provide packaging advice for the urgent consignment. The consignment included six crates of pipes of varying weights and dimensions, with the largest of the pieces measuring over 13-metres in length.

Under the supervision of specialist loadmasters, the outsize equipment was carefully transferred from flatbed trucks and onto high loaders using an external crane brought in for the project.

The aircraft departed on schedule and flew to the US via a short stop in Liege for refueling.

Safely delivered to Houston, the equipment was quickly cleared for onwards transit to its final destination for installation.

“We’re delighted to have managed this charter project on behalf of our client. Time-critical shipments of this kind can be challenging when the load consists of multiple outsize pieces – but with the help of Magma Aviation and the other parties involved we’re pleased to have ensured a smooth operation,” said Vikas Chaturvedi, Chapman Freeborn’s commercial manager for India and Middle East.