September 12, 2019: Cathay Pacific Group has reported a significant decrease in the amount of cargo carried in August 2019, compared to the same period last year. 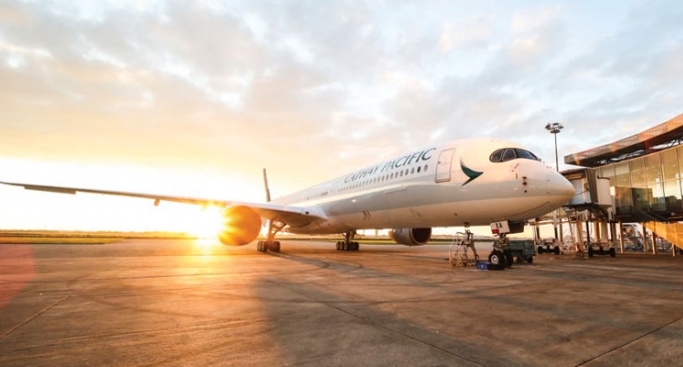 Tonnage fell by 7.1 percent against a 0.8 percent increase in capacity and a 7.2 percent decrease in RFTKs in the first eight months of 2019, as compared to the same period for 2018.

Cathay Pacific Group chief customer and commercial officer Ronald Lam said, “On the cargo side, our business continued to face headwinds. Tonnage further deteriorated month-on-month across all regions, driven in particular by slow demand over the holiday season in different parts of the world, the effects of tropical storms and disruptions at Hong Kong International Airport. Ongoing geopolitical tensions continued to affect overall market sentiment. Nevertheless, our outlook for September is slightly more positive and we expect to see demand progressively improve, driven by project shipments and the restocking of inventory as we enter the traditionally high-demand season.”

On the passenger side, the two airlines carried a total of 2,906,954 passengers last month – a drop of 11.3 percent compared to August 2018. Passenger load factor decreased by 7.2 percentage points to 79.9 percent, while capacity, measured in available seat kilometres (ASKs), rose by 5.1 percent. In the first eight months of 2019, the number of passengers carried grew by 2.2 percent and capacity increased by 6.5 percent, as compared to the same period for 2018.

Ronald informed that given a significant decline in forward bookings for the remainder of the year, the Cathay Pacific Group would introduce short-term capacity cuts. "Specifically, we are reducing our capacity growth such that it will be slightly down year-on-year for the 2019 winter season (from end October 2019 to end March 2020) versus our original growth plan of more than 6 percent for the period," he informed.

Despite the falling numbers, Ronald was optimistic of the near future. “Having said that, we remain optimistic in the medium term. The strong commitment to our brand and customer experience remains unchanged. Our investments in new aircraft and enhancing the customer experience will continue, giving travellers more reasons to fly with us."

Cathay Pacific came in the eye of a political storm after it warned of firing employees if they participated in the allegedly illegal pro-democracy protests rocking Hong Kong since March this year. Hong Kong has been affected by violent clashes between police and pro-democracy protesters. The protests started as a movement against a now-shelved extradition bill that proposed to extradite suspects to places with which Hong Kong doesn’t have extradition treaties, including mainland China. The protests have since grown to demand full democracy and police accountability.