Home > Logistics > Budget 2022: Why the Indian Railways’ freight prices are one of the highest in the world
Logistics

Budget 2022: Why the Indian Railways’ freight prices are one of the highest in the world 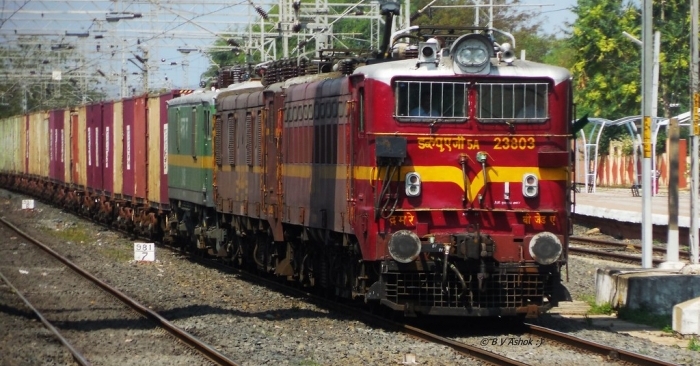 According to a 2021 Niti Aayog report, “India’s logistics sector comprises over 10,000 types of products and has a market size of ₹11 lakh crore. It is expected to grow to a market of ₹15 lakh crore by 2022.”

The report outlines the need to look at rail options for freight movement, “By moving freight to rail and optimising truck use, India can reach its goal to reduce logistics cost from 14 per cent of GDP to 10 per cent by 2022. This can save up to ₹10 lakh crore in 2022.”

So why is the rail network known for its impressive connectivity largely ignored?

The answer lies in the high freight rates.

Compared to last year, the Indian railway freight revenue numbers are expected to record a 25 per cent increase in 2022, translating to about ₹1.45 trillion in revenue. This makes the Indian Railways freight sector one of the costliest in the world.

In an interaction with ITLN, Kalpana Dube, a PhD and a former chief of the finance faculty at the Indian Railways Accounts Service, agreed that India’s freight rail sector charged one of the highest net tonne per km prices in the world. “Our freight charges are the highest freight on a global scale compared to other countries.”

The former dean, who retired in September 2021, says the reason for this is the subsidised passenger fare. “For India, the railway network is critical. We have a chunk of patrons who go in for the rail service, and for whom the suburban ticket prices were not raised in the last eight years. This ultimately leads to higher prices for freight.”

Dube said that compared to last year, there was a dip in the overall railway revenue. “When we are looking at revenue comparisons, it’s important to discount the pandemic years.”

“The Indian Railways ran parcel trains during the pandemic years, social service in a sense. Compared to last year, this fuelled a revenue dip. Parcel trains would ply with goods like fertilisers, food, water, even vegetables, all on a no-profit, no-loss basis. This year, the GDP has gone up 9 per cent. However, the Indian Railways needs to aim at pre-pandemic figures,” she said.

About whether the high freight rates could fuel inflation, Dube said it could not be ruled out. “Inflation is a point that could come up.”

She added that another factor that could lead to this is that the railways do not procure fuel at a subsidised rate. “The Railways procure high-speed diesel at commercial rates, where GST is charged and paid ever since the tax was introduced in 2017. The taxation liability is therefore also hefty.”

The Coal Factor
To delve into the issue further, ITLN explored the other side of the spectrum and reached out to a sector predominantly dependent on the Indian railways for their transport – coal. According to data on the Rail Drishti website, the commodity with the highest revenue till date is the coal and coke sector which rakes in ₹53,727 crore. ITLN reached out to an official from Ranchi-based Central Coalfields Ltd. (CCL) to comment on the issue. “About 98 per cent of the coal for the power sector is transported via rail. The rest prefer to transport their coal by road. So in a way, you can call the railways the lifelines for power in our country,” the official said, on condition of anonymity.

He added that the biggest complaint was fuel being taxed at multiple levels, which ultimately led to a trickle-down effect.

Dube’s comments mirrored this statement. She said that the Indian Railways bought fuel at high prices. “High-speed diesel is purchased, and excise duty is paid to the government.”

Explaining the cost factor, the CCL official said, “If the base price of petrol increases, this affects all other elements involved. For instance, an increase of ₹1 in the base price causes another ₹50 increase in taxes. Currently, the government charges excise and adds VAT as well. So, it’s the base price, plus excise, plus vat. This kind of compound taxation should not be there. Ideally, they should have a tax only on the base price.”

He added that currently, Nagpur was the costliest in terms of petrol and diesel in the country. “This has been the case for around 15 years now.”

How can the Budget 2022 help?
The CCL official said the Budget should involve provisions to remove the multiple layers of taxation on fuel can help. “Railways are fraught with a problem of multiple taxation regarding the base price of fuel. In turn, everything becomes costly. Controlling this may help leverage transport prices.”