October 12, 2017: Boeing and Air India recently celebrated the delivery of the airline's 125thairplane from Boeing. The airplane is the 27th 787-8 Dreamliner for the national carrier. 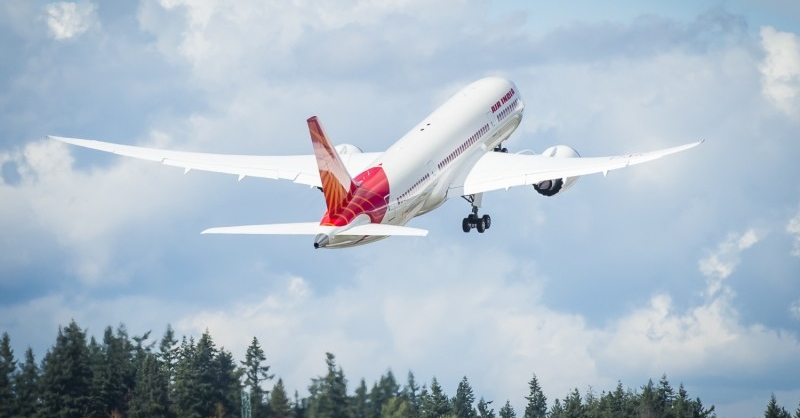 October 12, 2017: Boeing and Air India recently celebrated the delivery of the airline's 125th airplane from Boeing. The airplane is the 27th 787-8 Dreamliner for the national carrier.

"Boeing airplanes are, and always have been, the foundation of Air India's fleet, providing us with the very best in economics, fuel efficiency, flexibility and passenger comfort," said Rajiv Bansal, chairman and managing director, Air India. "Taking delivery of our 125th Boeing airplane and 27th 787 Dreamliner marks an important day for Air India. The 787 has been integral to our expansion and competiveness, enabling us to open numerous new and nonstop routes and provide our customers with an unrivalled flying experience."

"Boeing and Air India have been strong partners in aviation for more than 70 years and it is a proud moment in our shared partnership to deliver their 125th airplane," said Dinesh Keskar, senior vice president, Asia Pacific and India Sales, Boeing Commercial Airplanes.

Air India operates the 787 Dreamliner to all its destinations in Europe and to other cities in the Gulf, Asia and Australia. The non-stop, direct operations of Air India with the state-of-the-art Dreamliner airplane - to both its international and domestic network - have become very popular to passengers in India and abroad.

The 787 Dreamliner family is the most innovative and efficient airplane family flying today. Since entering service in 2011, the 787 family has flown more than 196 million people on more than 560 unique routes around the world, saving an estimated 18 billion pounds of fuel.