BLR-SFO route commences with arrival of first non-stop flight between BLR, US 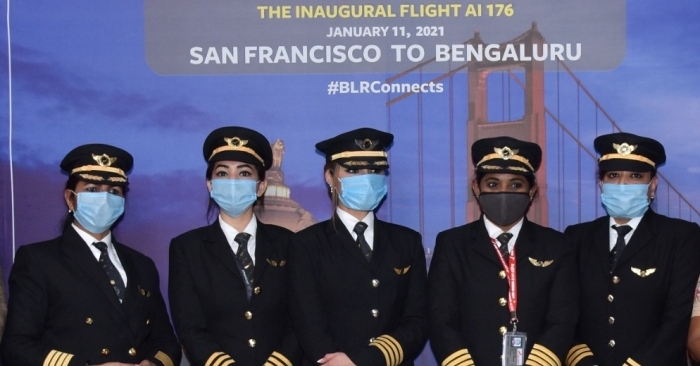 The flight, which will operate twice weekly to start, is Air India’s longest route in its network at approx.14,000 km (8,698 miles) and the longest flight to and from India (approximately 16 hours). Despite the current subdued pandemic environment, the maiden flight from SFO was booked to capacity in all classes. This stands testament to the potential demand on this sector. This route is also one of the top 10 longest routes in the World, in terms of distance flown.

The start of this non-stop route marks a significant milestone for BLR Airport as it becomes the first city in South India to connect with the United States.

Hari Marar, MD & CEO, Bangalore International Airport (BIAL), said, “It is a historic day for us at BLR Airport as we now a have non-stop route that connects two cities renowned for their technology prowess across the world. This fulfils a long pending demand of Bangaloreans and I am confident that this new route will further transform BLR by connecting people and businesses. At BIAL, we will continue to explore new routes that connect Bengaluru to key destinations across the world.”

The BLR-SFO route, which is in great demand, would enable faster and easier access to cities on the West Coast of the United States.

This is the first non-stop flight between Bengaluru and the United States, connecting the world’s two tech hubs and sister cities – the original Silicon Valley and the Silicon Valley of India. With Air India being a Star Alliance Member, convenient connections would be offered to passengers travelling onward. Hence, with the introduction of BLR-SFO flight, traffic flows will not be limited to only SFO, but to the surrounding regions as well.