September 9, 2020: Bangalore International Airport (BIAL) on Tuesday signed a Memorandum of Understanding (MoU) with Bangalore Metro Rail Corporation (BMRCL) to establish the 4.95 km airport section of the ORR-Airport Metro at an estimated cost of ₹800 crore. 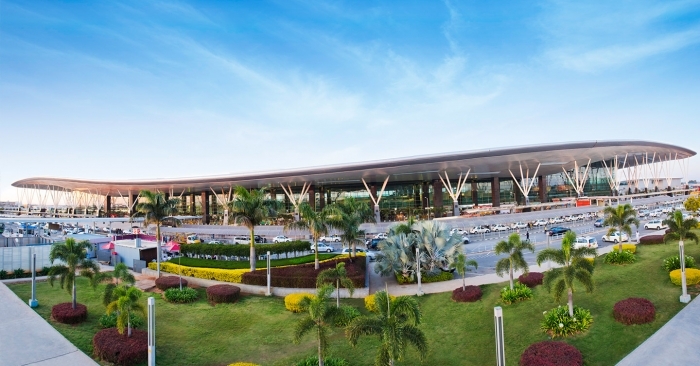 X
This Metro connectivity to BLR Airport is likely to be commissioned by December 2024.
Our Correspondent9 Sep 2020 8:14 AM GMT

September 9, 2020: Bangalore International Airport (BIAL) on Tuesday signed a Memorandum of Understanding (MoU) with Bangalore Metro Rail Corporation (BMRCL) to establish the 4.95 km airport section of the ORR-Airport Metro at an estimated cost of ₹800 crore.

BIAL also signed an MoU with the Indian Railways in the for the construction of the Kempegowda International Airport Railway Station (Halt).

Airport Railway Station
The construction of this Railway Station is near completion and is scheduled to be operationalised shortly. BIAL is constructing the station and will hand over the station to the Indian Railways, which will operate and maintain the station. BIAL will provide free shuttle service from the Airport Halt Station to the Terminal and other parts of the Airport, as per the schedule of the train services.

Hari Marar, MD & CEO, BIAL, said, “At BIAL, we are extremely excited to contribute to enabling rail connectivity to and from BLR Airport, creating the potential for easy access between Bengaluru and the Airport, especially for the common people. There is an increasing need to offer seamless experiences, and BIAL is committed to offering travel options to simplify not only the passenger journey but also facilitate optimal use of the Airport facilities and ambience.”

We signed two MOUs in the presence of Hon'ble CM @BSYBJP. The MoU was signed with #BMRCL to develop, manage, maintain two metro stations on Airport campus. Another MoU was signed with Indian Railways for the construction of Airport Halt Station. Read More: https://t.co/8352D5CJlr pic.twitter.com/YLx7aisnLZ

Airport Metro
This Metro connectivity to BLR Airport is likely to be commissioned by December 2024. BMRCL will construct the Airport Metro section, along with civil, electro-mechanical, other associated facilities, works and related assets, whereas BIAL will develop, manage and maintain the two metro stations that will be located within the Airport boundary.

This Airport section is a part of the total 56 km metro line named “ORR-Airport Metro” from Central Silk Board Junction to Kempegowda International Airport, Bengaluru Terminals via KR Puram and Hebbal. The ORR-Airport Metro is being established by BMRCL at a total estimated cost of ₹14,844 crore.

B S Yediyurappa, chief minister, Karnataka, said, “All agencies of the state and central governments and stakeholders in the city should work in tandem towards the goal of the comprehensive and integrated multi-modal connectivity infrastructure for the new century as set by Hon’ble Prime Minister in his address to the Nation on the 74th Independence Day.”