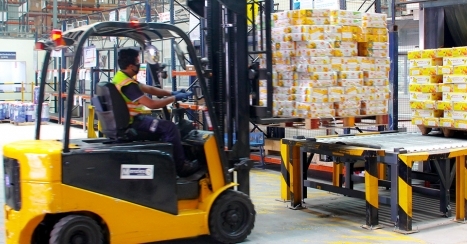 About 40 percent of BLR Airport’s cargo during the period April– July 2020, was transported by cargo-only passenger aircraft. As a result, BLR Airport recorded more than 2,990 cargo ATMs, registering a 79 percent growth over the same period last year.

In addition, BLR Airport processed 341 MT of Covid-19-related cargo from March to July.

Record tonnage on Oman Air’s A330-300
Oman Air set a new record by uplifting 49,593 kgs of perishable cargo from BLR Airport in June. This is the highest ever PTC uplift on an A330-300 single aircraft for both Oman Air as well as BLR Airport. The uplift included vegetables, hatching eggs, fruits and other perishables.

Record tonnage on Emirates SkyCargo’s B777-300ER
Emirates SkyCargo created a record, lifting 73,928 kgs on a Boeing 777-300ER passenger to cargo (P2C) aircraft at BLR Airport; this was a record across its network. The consignment included pharmaceuticals, garments and machinery.

Live organs from Bengaluru to Frankfurt
BLR Airport's Menzies Aviation Bobba Bangalore Cargo Terminal handled a “Live Human Organs (LHO)” shipment during the Covid-19 lockdown. Lufthansa Cargo carried the shipment, which included human blood stem cells and bone marrow to Bengaluru from Frankfurt on May 1, and a similar package was exported back to the same destination on May 16.

There is no special temperature requirement for such consignments as the box is equipped with the required gel pack to maintain temperature. LHOs are generally accompanied by a certified courier (a person carrying the consignment on board a flight), but due to a ban on passenger flights during this lockdown period, freighters were used to transport this precious package.