August 12, 2020: Thomas Hoff Andersson, the chief operating officer of Bangalore International Airport (BIAL) announced that he will be leaving the company and August 31, 2020, will be his last date. 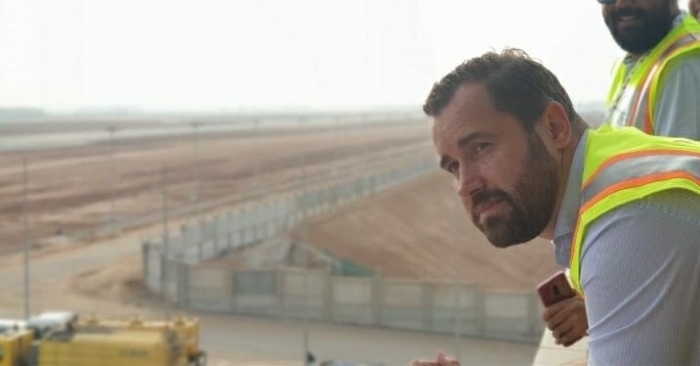 August 12, 2020: Thomas Hoff Andersson, the chief operating officer of Bangalore International Airport (BIAL) announced that he will be leaving the company and August 31, 2020, will be his last date.

In a Linkedin post, he said that he is moving back to Scandinavia and will be grateful for the opportunity to work in Bengaluru & India. He listed the new runway, the Skytrax award for the best international airport in India and Central Asia, five ACI awards and implementation of world's first contactless passenger journey as his achievements.

He joined the airport in April 2019 and was responsible for aviation safety, security, landside, terminal and airside operations, engineering and maintenance, IT operations and projects, enterprise risk, marketing and 85 percent of staff in BIAL.

He started his career in Scandinavian Airlines as a trainee in 1997, moved to Maersk as a business analyst and then went back into Scandinavian Airlines as the business controller. Since 2008, he spent 10 years in Copenhagen Airports A/S in different roles before moving to Airports Council International (Europe) as vice-chairman - facilitation and customer services committee.

Under his leadership, BIAL became the first Indian airport to own the equipment that enhances operational capabilities, reduce downtime and faster resumption of aircraft during runway emergencies by entering into an agreement with the German aircraft recovery equipment supplier KUNZ GmbH to manufacture, supply, commission and maintain the specialised Disabled Aircraft Recovery Equipment (DARE).

The airport recently partnered with Kale Logistics Solutions to implement a cargo community system to streamline the cargo flow to and from the airport.

"Time for change. I have decided to move back to Scandinavia and will forever be grateful for the opportunity to work with an exceptional team at Bangalore International Airport. Some of the highlights during my time in India include commissioning of a new runway, Skytrax award for best regional airport in India and Central Asia, five ACI awards and implementation of the world's first contactless passenger journey at a major airport. BIAL is a truly great organization full of fantastic people. Thank you India, thank you Bangalore and thank you BIAL for giving me memories for life," he wrote in the Linkedin post.