March 20, 2020: A report titled ‘Impact of Covid-19 on Indian Economy’ released by FICCI today notes that at least ten 10 industries in the country are affected due to supply chain disruption caused by Covid-19 pandemic including automobile, electronics, medical devices, pharmaceuticals, textile and MSMEs. 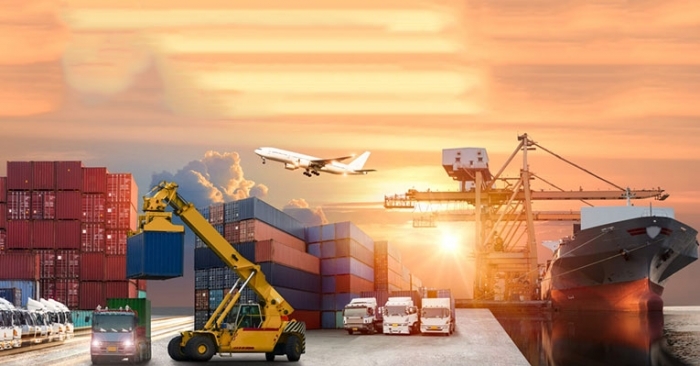 X
Shipments from China have started to arrive; however, the ships are not being allowed to unload their goods in India due to fear of contagion.
Our Correspondent20 March 2020 9:05 AM GMT

March 20, 2020: A report titled ‘Impact of Covid-19 on Indian Economy’ released by FICCI today notes that at least 10 industries in the country are affected due to supply chain disruption caused by Covid-19 pandemic including automobile, electronics, medical devices, pharmaceuticals, textile and MSMEs.

The report also said that Covid-19 has had an impact on the transport and logistics sector as well. “The transport sector revenues have been affected and are likely to be further impacted with the slowdown in economic activities due to the urban lockdown across several states, combined with the supply disruptions caused globally,” says the report.
FICCI’s suggestions to the government on transport sector include:

• Shipments from China have started to arrive; however, the ships are not being allowed to unload their goods in India due to fear of contagion. The government should find ways to facilitate the safe and fast unloading of shipments in India. Work out a mechanism to reduce quarantine delays at ports.
• Reduce/subsidise freight rate for railways.
• Suspending/ reducing of port fee and other logistics fees over the next few months to help revive the imports and exports.

Automobiles
China accounts for 27 percent of India's automotive part imports and major global auto part makers such as Robert Bosch GmbH, Valeo AS and ZF Friedrichshafen AG have factories located in the Hubei province. There has reportedly been a delay in the production and delivery of vehicles like Bharat Stage Four (BS-IV) compliant models.

The situation has become more precarious after the decision of the Chinese government to limit all shipments by sea until further notice. Since air shipments are not suitable for Auto Components and forging industries, the Indian OEMs are finding it difficult to plan production beyond the available inventory. According to a report released by Fitch Solutions recently, vehicle production in India is likely to contract by 8.3 percent in 2020 following an estimated 13.2 percent decline in 2019. Covid-19 will also make the transition to Bharat Stage Six (BS-VI) emission norms difficult which is scheduled from 1st of April 2020.

Electronics
India imports 45 percent completely built units of consumer durables from China. In addition to finished products, India also imports nearly 70 percent of the components for television, and other consumer durable products such as air conditioners, refrigerators, and washing machines. Due to supply disruption, sales of these items are likely to be hampered. Also, Chinese suppliers have reportedly increased the prices of some components by more than 2 percent, and prices of TV panels by more than 15 percent. Hence, it is anticipated that the prices of these consumer durable items will see a price increase in the range of 3-5 percent.

Medical Devices
India imports a variety of consumables, disposables and capital equipment including orthopaedic implants, gloves, syringes, bandages, computed tomography and magnetic resonance imaging devices from China. Due to the current crisis in China, the medical device manufacturers across India are finding it difficult to source important raw materials and electronic components from Chinese factories.

Mobile Phones
Most of the components for mobile manufacturing is sourced from China. With the continued shutdown of factories in China, mobile manufacturing companies are also facing a fate similar to that of pharma and auto companies. Short supply of components led to a rise in prices of mobile parts, which in turn resulted in an increase in the prices of mobiles. Companies have also been forced to postpone the launch of new variants of mobile. India Cellular & Electronics Association estimates suggest that mobile phone manufacturers could see a production impact worth Rs. 6,000 crore during March and April due to the disruption in the supply chain.

MSME
MSMEs are likely to be severely impacted if the lockdown continues for a longer duration in wake of the Covid-19 pandemic. A large number of MSMEs could incur business losses and also face severe cash flow disruption, which in all likelihood will have an adverse effect on the livelihood of several people working in this sector. Given the severity of the crisis, it is important to ensure health safety of MSME workforce, especially those involved at shop floors. Additionally, from an economic perspective, it is extremely important to ensure the flow of money into the working capital of such enterprises otherwise there will be a risk to the survival of these enterprises.

Pharmaceuticals
India imports about 85 percent of its total requirement of active pharmaceutical ingredients (APIs) from China, according to the Trade Promotion Council of India. In 2018-19, around 67 percent of total imports of bulk drugs and drug intermediates were sourced from China. As per the records of Pharmexcil, out of the total 58 molecules that are imported from China, 12 are imported from the Hubei province which is the epicentre of Covid-19. With the situation still remaining critical in China particularly in Wuhan, supply disruptions from China are likely to continue for several weeks more.