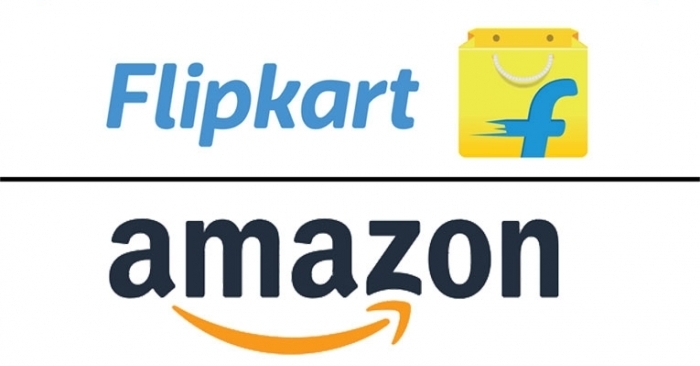 X
For Flipkart, there was almost 50 per cent growth in the number of new customers as compared to Big Billion Days (BBD) sale in 2018.
Our Correspondent5 Oct 2019 11:36 AM GMT

Amazon.in said it recieved orders from 99.4 percent of India’s pin-codes, with over 88 percent new customers from small towns.

“The first wave of the Great Indian Festival was our biggest celebration ever with Amazon.in -- witnessing highest share of transacting customers and purchases across all marketplaces in India; orders from 99.4 percent pincodes; over 65,000 sellers from 500+ cities receiving orders in just five days and customers from over 15,000 pin codes joining Prime,” said Amit Agarwal, senior vice president and country head, Amazon India.

“We are especially excited to see that small businesses across India are embracing technology to find success with Amazon by serving customers with the largest selection of products at great value & convenience,” added Agarwal.

For Flipkart, there was almost 50 per cent growth in the number of new customers as compared to Big Billion Days (BBD) sale in 2018. Kalyan Krishnamurthy, CEO, Flipkart Group said that over 40 per cent of transacting sellers during BBD were from tier II and beyond towns. There was a 50 per cent growth in the number of sellers participating in the sale this year compared to last year. Flipkart claimed to have clocked 70 billion views during the six days, however, no numbers have been revealed by the e-commerce player so far.

At Amazon.in, fashion brought in most new customers, and grew nearly five times. There was a 15x growth in smartphone purchases led by brands like Samsung, OnePlus, Apple, Xiaomi and Vivo. The larg appliances category saw growth of eight times, with nearly half the sales coming from lower tier cities; 50 percent customers purchased appliances on EMI with every 1 in 5 customers exchanging their old appliances.

One out of three eligible products across categories were purchased using affordability programs such as exchange, EMIs and Bank cash backs; over 70 percent of customers who availed credit were from lower tier towns. Echo devices saw record 70x growth, said Amazon.in.