September 25, 2019: Low-cost carrier SpiceJet has hinted at selling shares of its cargo arm SpiceXpress in an initial public offering. 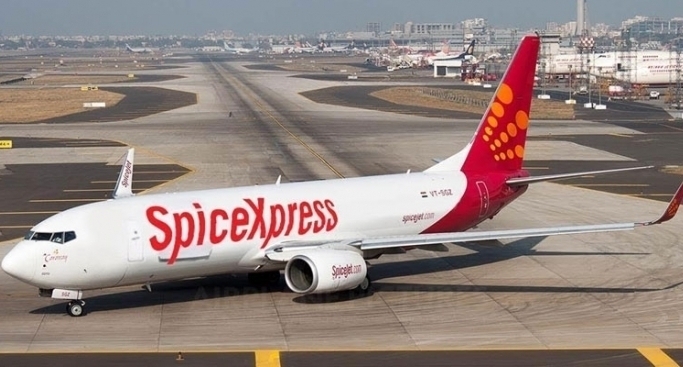 X
Indigo, Spicejet and GoAir continued to grow while Bluedart and Air India hold on.
Our Correspondent25 Sep 2019 11:27 AM GMT

September 25, 2019: Low-cost carrier SpiceJet has revealed plans of selling shares of its cargo arm SpiceXpress in an initial public offering.

In a report by Bloomberg, Ajay Singh, chairman, SpiceJet was quoted at the news agency's New York headquarters saying that SpiceXpress could be listed on a stock exchange within 12 months.

"We have a country of 1.3 billion people, one of the fastest-growing economies in the world, and we have very few air logistics players. We think that there’s a good space for us," Singh was quoted as saying.

Singh also spoke about the airline's troubles since the grounding of Boeing's 737 Max planes.

"Airbus has pushed us hard since the day we started flying Boeing aircraft, and of course with the current problems, they've pushed us harder...they have made us a commercial offer and we are evaluating it," said Singh.

"It's not the easiest thing in the world to do, of course [moving to Airbus for aircraft] -- our entire infrastructure is geared for a Boeing fleet -- but if this takes too long, we may not have too much of a choice," he added.

Earlier this week, SpiceXpress took delivery of its first 737-800 Boeing Converted Freighter (BCF), which it will operate in South Asia. “We are expanding the markets we currently serve, particularly in the Middle East, Hong Kong and Bangladesh and the 737-800BCF’s reliability and versatility is helping enable our strategic direction,” said Singh on the 737-800 BCF delivery.

The dedicated freighter service was started in 2018 recognising the opportunity for shippers. Online retailers such as Amazon and Walmart's Flipkart have fuelled the growing need for overnight shipping services.

SpiceJet closed at Rs129.25 on the Bombay Stock Exchange, with a market cap of Rs 7,751.36 crore. Another low-cost carrier, IndiGo, which is India’s largest airline run by InterGlobe Aviation Ltd, closed trading at Rs1802.80.