Dec 12, 2018: The global airline industry net profit is predicted to be $35 billion in 2019, slightly ahead of $32.3 billion expected net profit in 2018, which was revised down from $33.8 billion forecast in June, as per the International Air Transport Association (IATA). 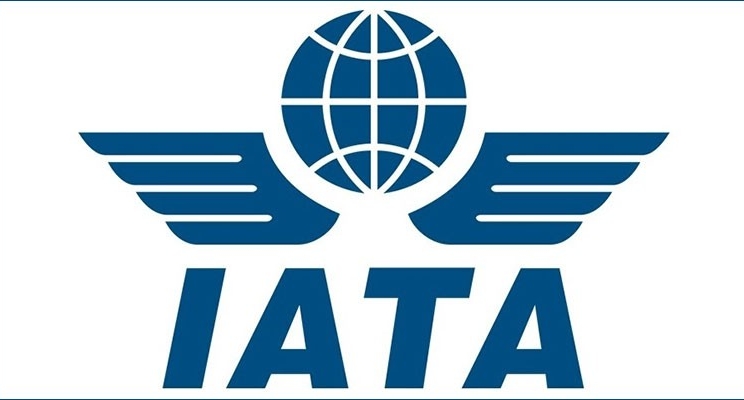 Dec 12, 2018: The global airline industry net profit is predicted to be $35 billion in 2019, slightly ahead of $32.3 billion expected net profit in 2018, which was revised down from $33.8 billion forecast in June, as per the International Air Transport Association (IATA).

Lower oil prices and solid, albeit slower, economic growth (+3.1 per cent) are extending the run of profits for the global airline industry after profitability was squeezed by rising costs in 2018. It is expected that 2019 will be the tenth year of profit and the fifth consecutive year where airlines deliver a return on capital that exceeds the industry’s cost of capital, creating value for its investors.

“We had expected that rising costs would weaken profitability in 2019. But the sharp fall in oil prices and solid GDP growth projections have provided a buffer. So we are cautiously optimistic that the run of solid value creation for investors will continue for at least another year. But there are downside risks as the economic and political environments remain volatile,” said Alexandre de Juniac, IATA’s director general and CEO.

GDP is forecast to expand by 3.1 percent in 2019, which stands marginally below the 3.2 percent expansion in 2018. This slower but still robust growth is a main driver of continued solid profitability. There are significant downside risks to growth from trade wars and political uncertainties such as with BREXIT, but the consensus view is that these factors will not offset the positive impetus from expansionary fiscal policy and growing business investment in major economies.

The 2019 industry outlook is based on an anticipated average oil price of $65/barrel (Brent) which is lower than the $73/barrel in 2018, following the increase in US oil output and rising oil inventories. This is welcome relief for airlines which have seen jet fuel prices fall, albeit at a slower pace owing to the impact of low-sulfur environmental measures undertaken by the marine sector that have increased demand for diesel. Nonetheless, jet fuel prices are expected to average $81.3/barrel in 2019, lower than the $87.6/barrel average for 2018. The full impact of this decline will be delayed due to heavy levels of hedging in some regions. Fuel is expected to account for 24.2 percent of the average airline’s operating costs, an increase from 23.5 percent forecast for 2018.

The total employment by airlines is expected to reach 2.9 million in 2019, up 2.2 percent on 2018. Wages are also rising, reflecting the tightness of labor markets, and it is expected that unit labor costs will increase by 2.1 percent in 2019 after a long period of stability. Aviation jobs are getting more productive. In 2019, we expect productivity to increase by 2.9 percent to 535,000 available tonne kilometers/employee.

The passenger traffic (RPKs) is expected to grow 6 percent in 2019, which will outpace the forecast capacity increase of 5.8 percent, and remains above the 20-year trend growth rate. This in turn will increase load factors and support a 1.4 percent increase in yields (partially clawing back the 0.9 percent fall experienced in 2018). Passenger revenues, excluding ancillaries, are expected to reach $606 billion, up from $564 billion in 2018.

The 3.7 percent annual increase in cargo tonnage to 65.9 million tonnes is the slowest pace since 2016, reflecting the weak world trade environment impacted by increasing protectionism. Cargo yields are expected to grow by 2.0 percent. This is well below the exceptional 10 percent yield growth in 2018. It does, however, continue the recent strengthening of the cargo business, since cost increases are lower. Overall cargo revenues are expected to reach $116.1 billion, up from $109.8 billion in 2018.

All regions, except Africa, are expected to report profits in 2018 and 2019. Carriers in North America continue to lead on financial performance, accounting for nearly half of the industry’s total profits. Financial performance is expected to improve compared to 2018 in all regions except for Europe, where improvement has been delayed by the high degree of fuel hedging.

North American carriers are expected to deliver the strongest financial performance in 2019 with a $16.6 billion net profit, up from $14.7 billion in 2018. This is a 6 percent net margin and represents a net profit of $16.77 per passenger, which is a marked improvement from just six years earlier. Net margin is up from 2018 (5.7 percent) as low levels of fuel hedging allow lower prices to impact immediately. Profits are further buffered by high load factors and ancillary revenues.

European carriers are expected to report a $7.4 billion net profit in 2019, down slightly from $7.5 billion in 2018. The expected net profit per passenger of $6.40 (3.4 percent net margin) is roughly a third the net profit per passenger expected to be generated by North American carriers. Intense competition is keeping yields low and regulatory costs are high. The region has recovered from the terrorist attacks of 2016. But in 2018 it suffered additional costs of $2 billion due to a 61 percent increase in delay minutes caused by air traffic control deficiencies. Looking to 2019, high levels of hedging in the region will mean that the positive impact of lower oil prices will be delayed.

Asia-Pacific carriers are expected to report a $10.4 billion net profit in 2019, up from $9.6 billion in 2018. The expected net profit per passenger is expected to be $6.15 (3.8 percent net margin). This is a region of diverse markets, some of which are seeing strong growth from new low-cost carriers (LCC) entrants while others are very dependent on outbound cargo from key manufacturing centres. Cargo revenue growth has slowed from the strong performance of 2017 but remains positive for airlines in the region. Lower fuel costs, low levels of fuel hedging and strong regional economic growth are supporting profitability in 2019 in this region.

Middle Eastern carriers are expected to report an $800 million net profit in 2019, up from a weaker $600 million in 2018. The expected net profit per passenger is $3.33 (1.2 percent net margin). The region has been challenged by the earlier impact of low oil revenues, conflict, competition from other ‘super-connectors’ and setbacks to particular business models, leading to a sharp slowdown in capacity growth - after more than a decade of double-digit growth, passenger capacity growth was halved to 6.7 percent in 2017. The region reported 4.7 percent capacity growth in 2018 and is expected to slow to 4.1 percent in 2019, which together with restructuring is helping to generate a recovery.

Latin American carriers are expected to report a $700 million net profit in 2019, up from $400 million in 2018. The expected net profit per passenger is $2.14 (1.6 percent net margin). Economic conditions in local markets are only recovering slowly, as Brazil’s economy emerges from recession, but Argentina faces renewed difficulties. The strength of the US dollar has added to airlines’ challenges in the region by raising the local currency cost of key US$-denominated inputs such as oil and aircraft, but significant restructuring and joint ventures are improving performance.

African carriers are expected to report a $300 million net loss in 2019, slightly improved from the $400 million net loss in 2018. The expected net loss per passenger is $3.51 (-2.1 percent net margin). This makes Africa the weakest region, as it has been over the past four years. Performance is improving, but only slowly. Losses are expected to be cut in 2019 as fuel prices decrease. The region benefits from higher-than-average yields and lower operating costs in some categories. However, few airlines in the region are able to achieve adequate load factors to generate profits.

“Air travel has never been such a good deal for consumers. Not only are fares staying low, but the options for travellers are also expanding. Some 1,300 new direct links between cities were opened in 2018. And 250 million more journeys by air occurred in 2018 than in 2017,” said de Juniac.