January 27, 2020: Hardeep Singh Puri, minister of civil aviation, in a press conference today informed that the government of India has released the Preliminary Information Memorandum (PIM) seeking Expression of Interest (EOI) from the interested bidders for 100 percent disinvestment of Air India. 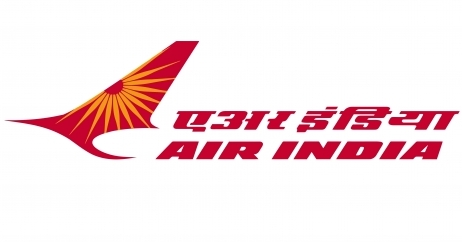 January 27, 2020: Hardeep Singh Puri, minister of civil aviation, in a press conference today informed that the government of India has released the Preliminary Information Memorandum (PIM) seeking Expression of Interest (EOI) from the interested bidders for 100 percent disinvestment of Air India.

A glance at Air India

The network of Air India

Pointing out that Air India has coverage of 98 destinations with 56 domestic and 42 international destinations, Puri informed that Air India offers 75 additional destinations through its secondary network of code share operations. Air India and Air India Express have a combined revenue of Rs 30,632 crore in 2018-19, which is the highest among Indian carriers. Air India + Air India Express employee cost as percent of revenue is about 11 percent which is comparable to Indian carriers and much lower to International carriers. AISATS provides in-house ground handling facilities at key metro airports – Delhi, Bengaluru, Hyderabad, Thiruvananthapuram and Mangalore. Even after infusion of about Rs 30,500 crore as per Turn Around Plan since 2012, Air India has been running into losses year after year. Due to its accumulated debt of about Rs.60,000 crore, its financial position is in a very fragile condition.

• Transfer of management control and sale of 100 percent shares of Air India along with Air India’s 100percent stake in its subsidiary, Air India Express Limited and 50 percent stake in the joint venture, AISATS.
• Freezing of debt in Air India at Rs23,286.5 crore which is approximately equivalent to the Written Down Value (WDV) of combined assets of Air India and Air India Express.
• The liabilities to be retained in Air India will be equal to certain current and non-current assets. Considering the combined figures as on March 31, 2019, the liabilities retained would be Rs 8771.5 crore.
• The remaining debt and liabilities of Air India and Air India Express will be allocated to SPV (Air India Assets Holding Limited).
• The contingent liabilities related to statutory dues and Government dues will be indemnified by Government.
• The contingent liabilities due to retired employees will be clarified at the RFP stage.
• Corporate guarantees given by Air India on behalf of Alliance Air will not be passed to the new investor.
• Land and buildings at Delhi, Mumbai airports and Corporate Office which are core assets for running the airline will be given to new investor on right to use basis for a limited period.
• Government has committed to pay certain employees’ related dues before the closing of transaction.
• The bidding structure on forming the Consortium has been eased as compared to the last round of bidding.
• The financial capability of prospective investors has also been made more attractive such as lowering of Net Worth criteria to Rs. 3,500 crore, and Net Worth qualification of investor based on strength of its Affiliate.
• Individual member must have at least 10percent share in the consortium i.e. a net worth or ACI of Rs.350 crore. The scheduled Indian commercial operator(s), however, with zero or negative net worth are eligible to be a member of the consortium provided they have a shareholding of <=51percent.
• Air India with new investor will continue using the ‘Air India’ brand.

3% of equity shares for permanent employees