March 19, 2019: Air India Cargo recently acknowledged the contribution of freight forwarding agents, who have aided Air India Cargo exceed its target, during the All India Agency Award Function 2019 in Delhi. 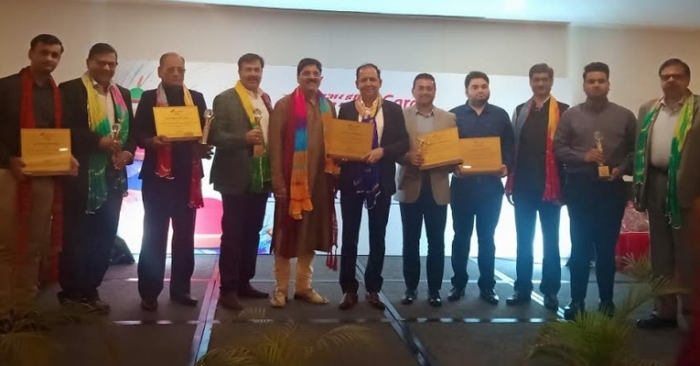 March 19, 2019: Air India Cargo recently acknowledged the contribution of freight forwarding agents, who have aided Air India Cargo exceed its target, during the All India Agency Award Function 2019 in Delhi. The event was timed to coincide with the Holi season and was aptly themed 'Holi Milan'. Freight forwarding agents, who had done exceedingly well over the network both domestic and international, travelled from all parts of the country to attend the event, held at the Four Points Hotel of the Sheraton Group.

Air India Cargo which was an ailing enterprise has seen a turnaround in fortunes since Abhay Pathak took over as the Executive Director Cargo. Pathak was able to take Air India Cargo to unprecedented heights within a short span of 2 years. Today, Air India has become the first choice for freight forwarders with over 44 international destinations and counting. For the year 2018-19 Air India Cargo has seen a growth of almost 26 percent and for the year 2019-20 is aiming to achieve the target revenue of 2000 crore.

During the open interaction of the PAN India Agency Members, every single agency partner was of the view that without a dynamic leadership and growth oriented approach such a turnaround was impossible.

Along with these Freight forwarding partners, the Indian Postal Authorities were also bestowed with a certificate of appreciation for their continued support and strategic partnership. Supriyo Ghosh, director International Business Development accepted the certificate on behalf of India Post.