August 17, 2018: Air Deccan, which restarted its operations in Maharashtra from July this year, is now taking a leap forward to connect Nashik with Ahmedabad. The airline service provider under ‘UDAAN’ scheme (Ude Desh Ka Aam Nagrik), restarted its journey in the state of Maharashtra connecting flights between cities of Pune, Nashik, Mumbai, Jalgao 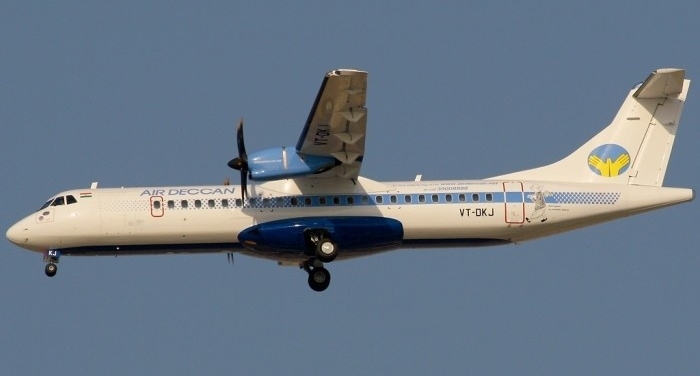 X
Air Deccan is the first homegrown budget carrier in India
Our Correspondent17 Aug 2018 11:56 AM GMT

August 17, 2018: Air Deccan, which restarted its operations in Maharashtra from July this year, is now taking a leap forward to connect Nashik with Ahmedabad. The airline service provider under ‘UDAAN’ scheme (Ude Desh Ka Aam Nagrik), restarted its journey in the state of Maharashtra connecting flights between cities of Pune, Nashik, Mumbai, Jalgaon and Kohlapur.

Shaishav Shah, managing director of Air Deccan & executive director of GSEC said, “We are in constant endeavor to overcome all the issues pertaining to delays caused in the past in the Maharashtra sector and we understand every new beginning will have the situations against it, for instance, yesterday itself we had to cancel a flight on Jalgaon route due to lack of visibility, which was majorly due to infrastructural issues. Such delay/cancellations do happen in fully equipped airports like Mumbai and Delhi, but smaller airports are still way- under process hence it is the responsibility of the airline to maintain safety measures. We feel what matters most is Air Deccan is determined and ready to put our best foot forward to overcome all the limitation and make UDAN a success story. We are happy that the relaunch of our routes in Maharashtra connecting Mumbai with Pune, Nashik, Jalgaon & Kolhapur are running smoothly and now connecting Nashik with Ahmedabad will be a major milestone that shall embark connecting two major business hubs soon under AIR DECCAN.”

“We shall be inducting more aircraft to cater the sectors and at the same time we have to make sure that current active sectors remain sustainable in long run. Despite having a mixed response so far in operating flights under the RCS scheme, we are very optimistic to adapt and evolve the concept of economical air travel amongst the user, which we as well understand will be a gradual process and it will not be fair to assume patterns and preferences change overnight,” he added.

UDAN is to let the common citizens of the country fly by making the air travel affordable and widespread. Air Deccan, which resumed air operations after a gap of almost ten years in 2017, had won the rights to operate Regional Connectivity Scheme (RCS) flights in the first round of bidding in March the same year. It was awarded 128 routes across the country, with nine routes based out of Mumbai connecting various key cities in Maharashtra to Mumbai. In this context commencement of regional connectivity scheme in towns of Maharashtra will continue to demonstrate Air Deccan’s growth.

Speaking about the future plan, Shah commented Air Deccan will be operating at Delhi, Kolkata and is also in the process of operating at Gujarat.