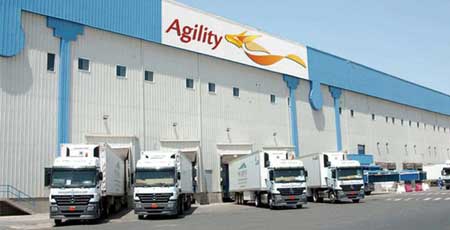 Tarek Sultan, Agility vice chairman and CEO, said, “Our second quarter results were in line with expectations and consistent with the previous growth trend the company has been seeing. Agility’s infrastructure companies performed well, as did our logistics business, which witnessed another quarter of volume and revenue growth despite margin pressure.”

Regionally, Air freight and Ocean freight performance was strongest in the Americas, Asia Pacific and Europe.

Contract Logistics continued its steady growth, primarily in the Middle East and Asia Pacific, as a result of new business and effective utilisation of facilities. Contract logistics net revenue grew 3.2 percent in Q2 and 4.5 percent in the first half.

GIL's net revenue margin was 23 percent in Q2, down from 24.9 percent a year earlier due to yield degradation in Road freight and Project Logistics, primarily in the Middle East and Europe. GIL’s EBITDA reached KD 9.3 million in Q2, and its EBITDA margin was 3.2 percent, slightly lower than 3.6 percent in Q2 2017. In the first half, EBITDA grew 13.3 percent to KD 16.8 million. EBITDA margin in the first half remained flat at 3 percent vs. the same period in the previous year.

GIL is accelerating its digital transformation to increase the efficiency of its business processes, gain business insights, develop innovative logistics solutions, differentiate its products and better connect to its customers.