July 14, 2021: Adani Airport Holdings (AAHL), a wholly-owned subsidiary of Adani Enterprises Ltd, has taken over the management control of Mumbai International Airport (MIAL) from the GVK Group following the MIAL board meeting on Tuesday (July 13, 2021). 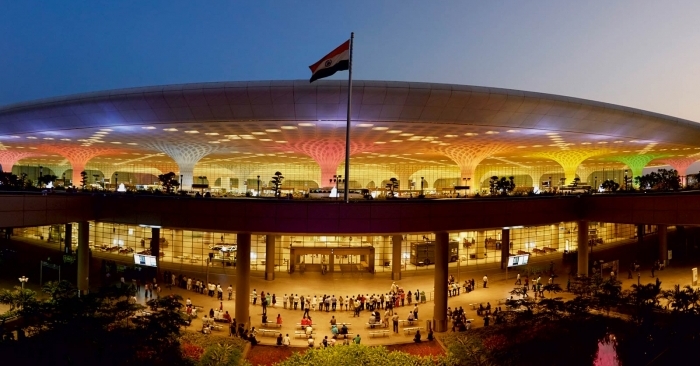 X
With eight airports in its management and development portfolio, AAHL now accounts for 33% of India%u2019s air cargo traffic and 25% of airport footfalls.
Our Correspondent14 July 2021 11:05 AM GMT

July 14, 2021: Adani Airport Holdings (AAHL), a wholly-owned subsidiary of Adani Enterprises Ltd, has taken over the management control of Mumbai International Airport (MIAL) from the GVK Group following the MIAL board meeting on Tuesday (July 13, 2021).

After winning the Airport Authority of India’s global tender to modernize and operate six airports – Ahmedabad, Lucknow, Mangaluru, Jaipur, Guwahati and Thiruvananthapuram – Adani Airports received the letter of award to operate, manage and develop these six airports for a period of 50 years.

“With India becoming to be the world's third largest aviation market by 2024, the addition of the Mumbai International Airport to the Adani Group’s existing portfolio of six airports, and thereafter the operationalization of the greenfield Navi Mumbai International Airport (NMIAL) provides a transformational aviation platform allowing the Adani Group to interlink its B2B and B2C business as well as create several strategic adjacencies for the Group’s other B2B businesses,” reads the release.

AAHL will begin the construction of the Navi Mumbai International Airport next month and complete the financial closure in the next 90 days. This new international airport will be commissioned in 2024.

Gautam Adani, chairman of the Adani Group, said, “Our larger objective is to reinvent airports as ecosystems that drive local economic development and act as the nuclei around which we can catalyse aviation-linked businesses. These include metropolitan developments that span entertainment facilities, e-commerce and logistics capabilities, aviation dependent industries, smart city developments, and other innovative business concepts.

“Our airport expansion strategy is intended to help converge our nation’s Tier 1 cities with the Tier 2 and Tier 3 cities in a hub and spoke model. This is fundamental to enabling a greater equalization of India’s urban-rural divide, as well as making international travel seamless and smooth. I believe that the economic value that cities create will be maximized around airports and the cities of tomorrow will be built with the airport as the focal point. This is a fundamental lever for modern world development and the rapid build-out of our airport infrastructure will create multiple employment structures that generate thousands of new job opportunities," he added.

The statement further reads, “At 12 percent CAGR, AAHL expects its share of passenger traffic to grow from 80 million in FY 20 to 100 million in FY 22. With management control of Mumbai International Airport Ltd (MIAL), AAHL is poised to join the league of the world's leading airport operators that cater to 100 million+ passengers and 200 million non-fliers in a year, presenting a massive 300 milion strong consumer platform.

We are delighted to take over management of the world class Mumbai International Airport. We promise to make Mumbai proud. The Adani Group will build an airport ecosystem of the future for business, leisure and entertainment. We will create thousands of new local jobs.