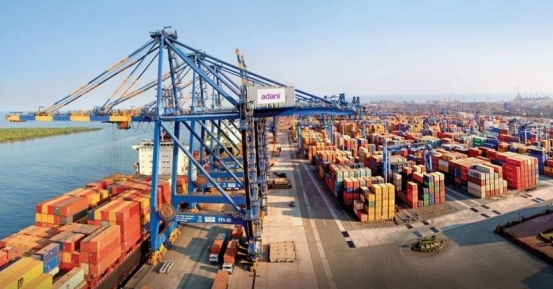 The growth reported by APSEZ was driven by the increase in cargo at ports (83 percent) to 76 million metric tonnes (MMT) compared to 41 MMT in Q1 FY21, the period that was affected by the nationwide lockdown due to the Covid-19 pandemic.

Port revenue increased 75 percent to ₹3,339 crore while the revenue from the logistics business stood at ₹268 crore, a growth of 34 percent.

“Our strategy of establishing a network of world-class ports to balance cargo across the east and west coast has been tracked precisely as per plan, thereby continuing to de-risk our growth as well as lay the foundation of a broader logistics platform,” Karan Adani, chief executive officer and whole-time director of APSEZ, said. “This has resulted in APSEZ accelerating its market share gain."

He added that APSEZ has raised target cargo volumes to 350-360 MMT, which translates to an YoY growth of about 45 percent.

The growth in cargo volume was led by dry cargo which grew by 104 percent, container by 69 percent, liquids (including crude) by 57 percent and the addition of new products including LNG and LPG to the cargo basket. APSEZ claims that its market share in all-India cargo increased by 310 bps to reach 28.6 percent while the share in the container segment increased by 163 bps to 42.7 percent.

“APSEZ became the first Indian infrastructure company to have raised a dual-tranche of 10.5-year and 20-year unsecured bond, further reducing our cost of capital to one of the lowest in the industry,” Adani said.

“I am also pleased to state that our goal of becoming the first port company to be carbon neutral by 2025 is very well on track.”