September 23, 2019: The Airports Authority of India (AAI) is participating in the 25th World Route Development Forum – World Routes 2019 at Adelaide in Australia. 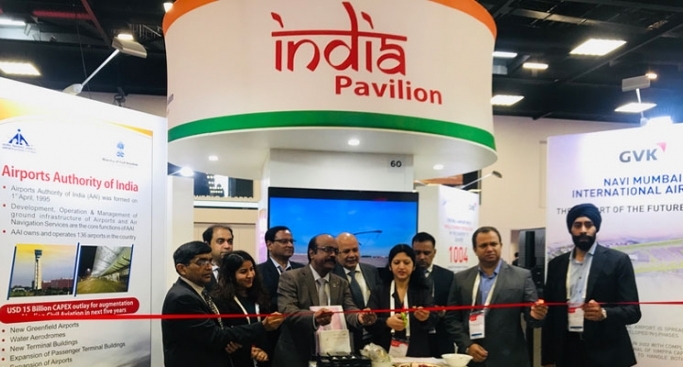 September 23, 2019: The Airports Authority of India (AAI) is participating in the 25th World Route Development Forum – World Routes 2019 at Adelaide in Australia. The event, being organised from September 21-24, provides a platform for route development professionals to discuss, develop and plan network strategy on a global scale.

During the event, the AAI delegation will meet with airlines and other global authorities and will present business cases that will influence the establishment of new air services and grow existing routes to India.

AAI’s stall at World Routes 2019 will showcase its various technologies and initiatives like GPS-aided Geo-Augmented Navigation (GAGAN) & Skyrev360 and exhibit the milestones achieved by AAI in various facets of the Indian civil aviation sector.

Senior officials and dignitaries from civil aviation authorities of various countries are visiting the India Stall and interacting with Ms. Usha Padhee and Sh. I. N. Murthy. Discussions on tourism opportunities and way forward in tandem with aviation were held. #WorldRoutes2019 pic.twitter.com/NU0T6YNGNI

Meeting with officials of Bangkok Airways who are very keen to connect to Jaipur, Pune, Port Blair, Bhubaneswar, Kolkata and Guwahati. Sh. I. N. Murthy, Member (Ops) leading the #AAI team in these discussions. #WorldRoutes2019 pic.twitter.com/og83ScA4QD 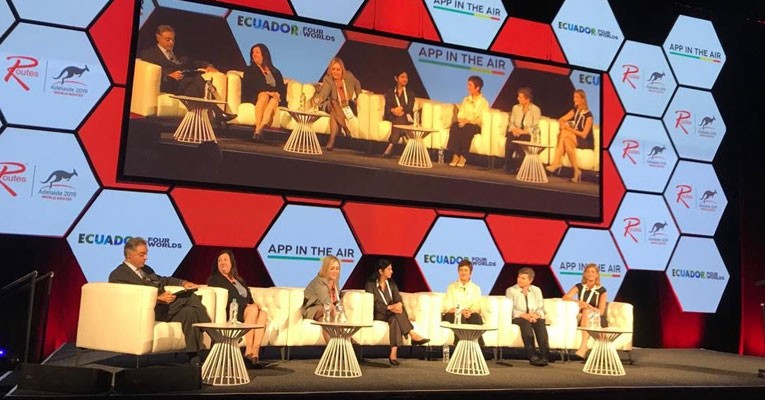 Padhee also participated in a panel discussion 'Soaring through the Glass Ceiling' at the event. The panel discussed the challenges women face and how they need to develop themselves to cope with them.

Usha Padhee said that India is giving opportunity to women by introducing regulations like “Every Corporate co. must have 1/3 women in their board.” It is an emboldening decision towards women participation and opportunity in decision-making.

World Routes will facilitate over 13,000 face-to-face meetings for 3,000 delegates representing airlines, airports and tourism authorities. The event is focused around the development of the world’s air services and it provides a unique opportunity for a destination to showcase its airport, its city and its country to the air service decision-makers of the world.