March 31, 2018: In order to augment the skill-set of its middle-senior level employees identified for succession planning, Airports Authority of India 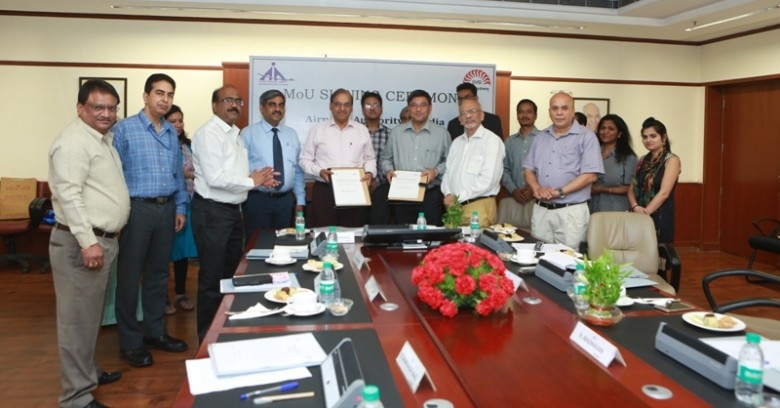 March 31, 2018: In order to augment the skill-set of its middle-senior level employees identified for succession planning, Airports Authority of India (AAI) has entered into a Memorandum of Understanding (MoU) with the Indian Institute of Management (IIM – Bangalore). As per the MoU, customised training programs in the area of management and leadership development will be offered by IIM-B for AAI officers at the levels of assistant general manager, joint general manager, general manager and executive director. The MoU has been signed for a period of three years starting from 1st April 2018 and a total of nine batches comprising of 20-25 officers in each batch will be conducted during this period.

The MoU was signed by Sanjay Jain, executive director (HR), AAI and Professor R Srinivasan, chairperson, EEP, IIM-Bangalore. The board members of AAI were present during the ceremony.

Speaking on the occasion, Anuj Aggarwal, member (HR), mentioned that training and development has been one of his top priorities since he assumed the charge of member (HR) in AAI. AAI has been undertaking new initiatives in creating an environment of training in line with Government of India's Skill India Mission.

Professor G Raghuram, director-IIM Bangalore expressed his pleasure to be associated with the leading player in civil aviation industry and remarked that this partnership will be equally beneficial to IIM-Bangalore in terms of exploring the challenges faced by this industry.

Apart from IIM-Bangalore, AAI is also exploring business partnerships with other leading management institutes to provide a gamut of training inputs to its employees.