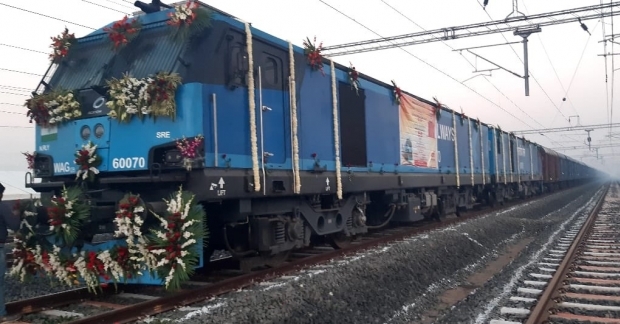 After the commissioning of this new section, coal, jute, petroleum, container, iron & steel and other minerals are primary commodities moving towards NCR and Punjab & Haryana area whereas rice, wheat and food grain products from Punjab and Haryana area, fertilizer, steel, coal loadable empty wagons etc are moving towards eastern India.

“Faster speeds would result in faster delivery of goods and faster turnaround reducing freight costs. Meeting the objectives, the new section is witnessing seamless transportation of major freight commodities at a speed above 90 kmph on this newly inaugurated section. So far, 53 freight trains have been operated on this new section till January 3, 2021,” says the release.

In the first phase, DFCCIL is constructing the Western DFC (1504 Route km) and Eastern DFC (1856 route km including PPP section of Sonnagar-Dankuni Section. The EDFC starting from Sahnewal near Ludhiana (Punjab) will pass through the states of Punjab, Haryana, Uttar Pradesh, Bihar and Jharkhand to terminate at Dankuni in West Bengal. The Western Corridor connecting Dadri in Uttar Pradesh to Jawaharlal Nehru Port (JNPT) in Mumbai will traverse through the states of UP, Haryana, Rajasthan, Gujarat and Maharashtra of WDFC & EDFC (excluding the Sonnagar – Dankuni PPP section) i.e. 2800 route Km will be commissioned by June 2022.