Incidentally, the conditions for these horses in the sky were made similar to those in their natural living environments as maximum care was taken by the air cargo carrier for these live animal shipments. 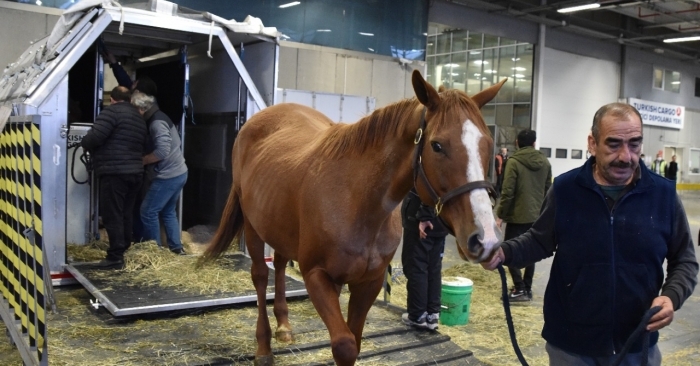 January 3, 2022: This week saw Turkish Cargo successfully carry out another equine transport operation with the unique service it offers to its customers by transporting 63 horses, 59 of which were shipped at the same time, from Chicago to Istanbul safely. Incidentally, the conditions for these horses in the sky were made similar to those in their natural living environments as maximum care was taken by the air cargo carrier for these live animal shipments.

Interestingly, the horses were smoothly transported from Chicago to Istanbul with the help of the use of specially designed 21 stalls (dedicated horse barns) with non-skid surfaces and oval edges. Since they are not allowed to be transported unattended as per the international regulations, the horses were accompanied by their keepers and the IATA Live Animals Regulation (LAR) certificated Turkish Cargo personnel during the duration of their flight.

Having been lodged for a short time in the live animal rooms at the Ataturk Airport in conformity with their natural living conditions, the hale and hearty horses were delivered to their owners in Turkey through the dedicated loading doors enabling ready movement.

In a press release issued by Turkish Cargo, it cited that in respect of the live animal shipment service, it offers to its customers in 127 countries worldwide; it takes the IATA LAR (International Air Transport Association, Live Animals Regulations) as a reference for its acceptance, storage and shipment processes, and continues to implement the documentation, packaging, labeling and marking rules, as specified in the said regulations, strictly during the course of shipment of live animals. Turkish Cargo operates air cargo operations to more than 320 destinations, 97 of which are cargo destinations, in 127 countries around the world, with the help of its fleet of 373 aircraft, 23 of which are freighters.